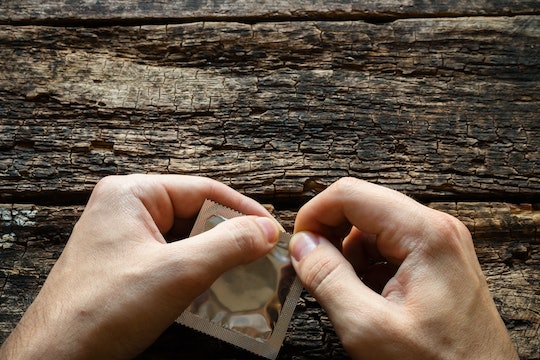 14 Things I Plan To Teach My Son About Sex

I was relatively young when I first became active and, at that time, didn’t really know how to put a condom on. I didn’t know much about birth control options (save for condoms and birth control pills, the latter of which I knew very little about). I also didn’t know anything about consent, or the dangers of things like rape or sexual assault. Aside from AIDS (which was still a fairly terrifying epidemic when I was a kid in the '90s and nowhere near as manageable or understood as it is today), I knew next to nothing about all the various sexually transmitted diseases (STDs) I could be exposing myself and my partners to. I won't even get started on how confused I was about lesbian sex (or any non-heteronormative sex) until I watched The L Word for the first time (and eventually got schooled by my LGBT friends).

Now that I’m a mother, I know that while my son will receive mixed messages throughout his life, so it’s important that I begin and lead that conversation with him. It’s up to me to give him all the information I can, to answer his questions (no matter how young), and to guide him toward eventually enjoying a positive and healthy sex life. I want to give him the tools he needs to be respectful of others, to always feel and be safe, and to know that he can always come to me (even if he think’s it’s embarrassing). So, with that being said, these are some of the things I plan to teach him along the way: