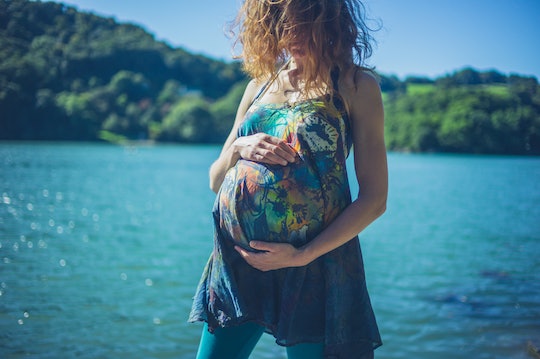 Our society, unfortunately, is known for feeling entitled to women's bodies. That seems abundantly clear on any given day, but especially when a woman is pregnant. Have you ever stopped to think of all the creepy things people feel perfectly fine saying to pregnant women in their third trimester? Or really any time after you "pop," for that matter? I mean, it's enough to make you rage eat whatever pregnancy craving you're currently infatuated with.

In my third trimesters, of which I've had three, I was swollen, miserable, and emotionally fragile. I could barely handle my own roller coaster of emotions, so when someone said something insensitive I felt I had little resources with which to defend myself or make a retort. Not to mention the fact that, if you're anything like me, you're all too aware of the pregnant-woman-as-crazy trope that's overplayed ad nauseam, so you're really trying hard not to seem like a, well, crazy pregnant woman.

With the benefit of hindsight and no longer being a third trimester pregnant person, I can safely say that some of the stuff I heard at the end of all three of my full-term pregnancies was creepy AF. The most shocking thing, though? People feel totally fine saying these things! Here are just a few to keep out of your own mouths if you care at all about pregnant people: