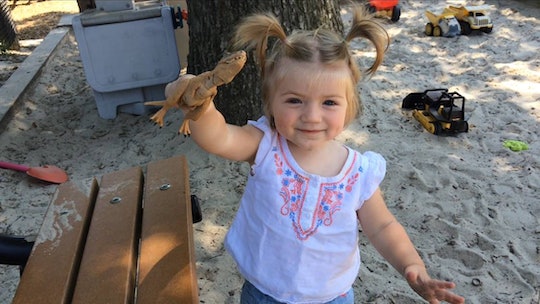 15 Milestones I Couldn't Wait For My Baby To Reach

A child's milestones are always exciting. When they're a baby, even the smallest new development can be cause for giddy celebration and happy tears. Sure, holding up your own head up may not seem like a big deal to you, but to a parent who has watched their infant just kinda lie there like a bump on a log for however many weeks, even this is interesting. However, the milestones I couldn't wait for my baby to reach the most were not often those you could find in a baby book.

For first-time parents in particular, milestones can often be a source of excitement and anxiety. "The book says they should start rolling over soon, but they aren't rolling over. Is everything OK? Should I call the pediatrician? Are they going to need physical therapy? Is this because I accidentally had a beer before I found out I was pregnant. I am failing!" But what you tend to learn (usually pretty quickly, in the grand scheme of things) is that every child is different and the swathe of normal is actually pretty huge.

Something I've personally found is that the milestones that have meant the most to me are ones I didn't see coming and I didn't realize had passed until after they had been the new normal for a while. The following are some of the milestones my babies (and I use this term fairly loosely, but that's OK because they're always our babies, right?) hit that I may not have even realized I wanted until I was staring them in the face.