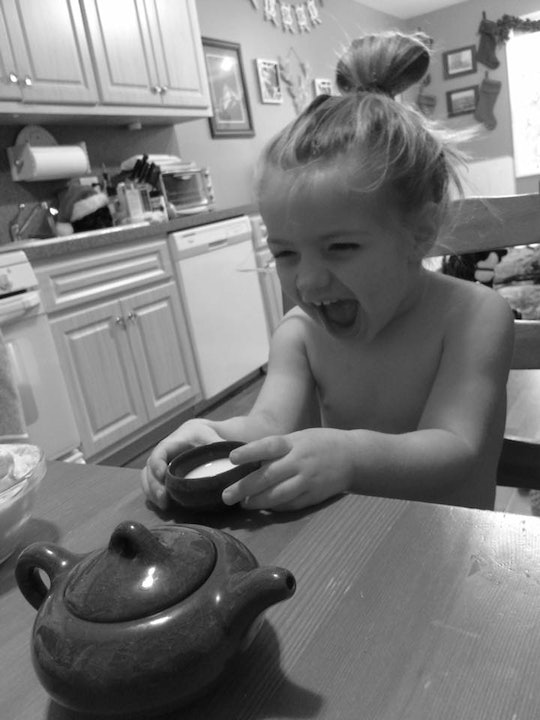 It's no secret that kids say the darndest things. After all, they made a show on the subject. Still, and even knowing that, kids will routinely say the most nonsensical stuff and you'll be caught completely off-guard, wondering where on earth they could have come up with such a thing. Or they'll be so socially uncouth that you'll simultaneously fight back laughter while hiding your face in shame. You know, those "WTF, kid?" moments. Well, I asked moms to share the most hilarious WTF things their toddler has said and, let me tell you, these little weirdos did not disappoint.

I always make a promise to myself that I'm going to write down all of the ridiculous things my children say. Unfortunately (and also fortunately) they often come at you so fast you just can't catch them all. Besides, mama is busy and these gems tend not to present themselves when I have access to a designated notebook. I mean, do you know what would happen if I took my eyes off these little heathens for the five minutes it would take to go get said notebook and write down their classic one-liners? I'd wind up spending 20 minutes filling out forms in the emergency room because one of them would definitely get into shenanigans. Fortunately, we live in an age of oversharing and many of my toddlers' unwitting quips have become tweets and status updates. In other words, now they now live forever online.

So next time you see me looking at my phone at the playground, don't judge me. Instead, know there's a good chance I'm preserving my kids' hilarity for the enjoyment of future generations.