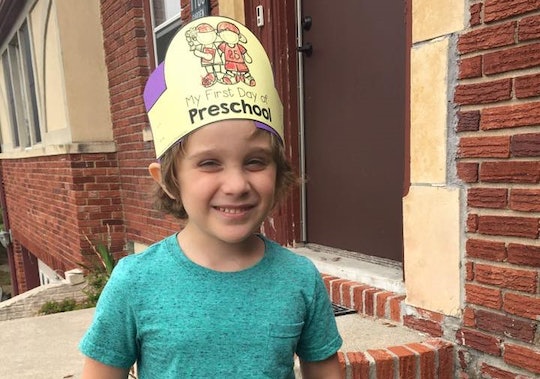 I was convinced my kids would start Kindergarten when they were 5, just like I did. And, for a while, that's exactly what happened. My daughter started school at age 5, and my step-son actually started before his fifth birthday. But last fall my partner and I decided to hold our son back from Kindergarten, and I'm not at all sorry.

At first we planned to have him tested so he could start Kindergarten before he turned 5, just like we did with his older brother. His birthday is right after the cut off, and socially we knew he was ready. And to be completely honest, I wanted him to start early. Our step-son did great as the result of his little jump-start, and I had no doubt that my younger son would, too. But if there is one thing I’ve learned as a mom of multiple kids, it’s that different kids have different needs. Plus, Kindergarten completely different than it was when we I was a kid. Gone are the days of eating paste and taking lazy afternoon naps. Hell, our kids had homework in Kindergarten. Homework. After a beat, and after really analyzing where my son is in life and development, I realized my son didn’t seem ready to stop playing all day and start sitting at a desk. So we chose to let him do a year of preschool first.

I will admit that, at first, it was a difficult decision. As a textbook overachiever, I know my son can do the work. And since preschool is unbelievably expensive, it was going to be a financial burden to hold him back. But as I’ve seen him grow and thrive over the past few months, I honestly have no regrets. My family can afford it, and he’s doing so well, and I know from research that it's probably not going to make a difference in the long term. In other words, my partner and I are pretty happy with the choice we made. Which is good, because there’s no way to go back in time and change it anyway. So, no, I’m not sorry for holding my son back from Kindergarten for so many reasons, including the following: