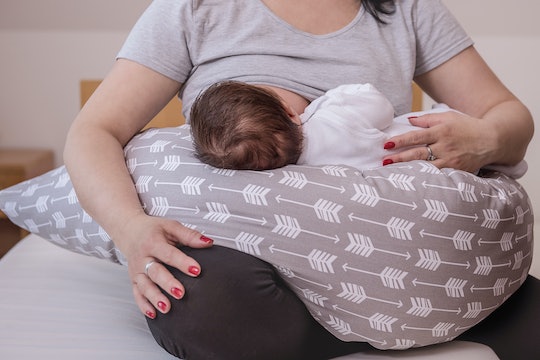 I grew up surrounded by mothers who nursed, so I just knew that when I became a mom I would be breastfeeding. I never once questioned if breastfeeding would be right for me. Instead, I considered it to be the thing expected of me. Then I had my baby and quickly realized that the "natural" thing I was "supposed" to do was hurting me. Breastfeeding actually made my postpartum depression worse, proving that breast isn't always best after all.

It took a year for me to be properly diagnosed with postpartum depression, which means I spent a year being disconnected from my friends, my family, and my baby. I spent a year feeling ashamed, as if something was wrong with me, as I struggled to care for a newborn when I could barely take care of myself. By the time I reached out for help I felt as if my baby was a stranger, and was convinced my inability to breastfeed had created a distance between us that I was destined to endure for the rest of my life.

What I didn't know then is that if I had stopped trying and struggling and trying some more to breastfeed, I could have put my mental health first and, as a result, probably would have received a diagnosis sooner. If I had made myself a priority, I could have found myself healthy enough to fully focus on my baby and my new life as her mother. But, instead, I continued to try breastfeeding because it's what I thought I was supposed to do. So with that in mind, and because no woman should feel pressured to nurse and especially if it's a detriment to her health, here are a few ways nursing made my postpartum depression worse: