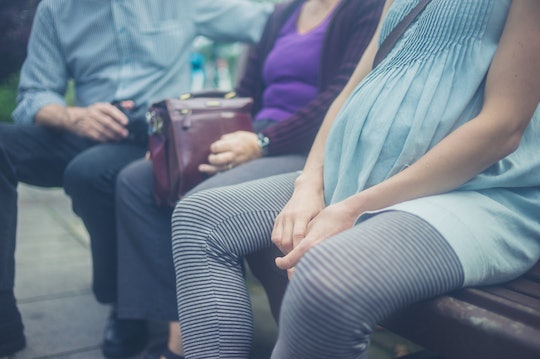 I think I was almost as excited for my parents to become grandparents as I was to become a parent. Through several years of infertility, I dreamed about the day I could actually make the phone and tell my mom and dad they were going to be grandparents. Of course, I had known for a long time that they were going to be everything my daughter and son need, but if you're not sure about your own parents, you can look for the signs your parents are going to make the best grandparents ever. Those signs were spot on so they didn't let me down, and I know they won't let you down, either.

In the end, my little sister was able to make that dramatic, exciting phone call first. But in a surprise that only adoption can provide, my daughter made them grandparents again and in a very different way. It's funny, though, because I can't remember the conversation we had when we told them they were already grandparents. Everything was so surreal, compounded by the fact that my partner and I met our daughter a mere six hours after we were told she existed. I became a mother in record time, and as a result my parens became grandparents again without so much as a warning.

I knew for a long time that my parents would make wonderful grandparents, in part because they were so excited and ready to watch their own baby have a baby. While my partner and I were waiting to become parents, it was nice to have people alongside us who were equally excited about the upcoming change. So with that in mind, here's a few signs that your own parents are going to be the grandparents your little one needs: