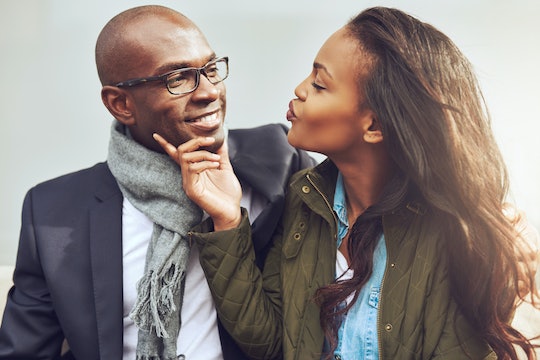 I am that person who thought her marriage absolutely wouldn't change after a baby was introduced into the mix. Boy, was I wrong. Instead of thinking everything would stay the same, I shouldn't been afraid of the word "change," especially since my marriage has changed for the better. Instead, it took several months after my daughter was born for my husband and I to realize we needed to adjust. I wish someone had told me what every mom needs to know to survive marriage postpartum. While I'm not saying that knowledge would have made the growing pains any easier to endure, I think it definitely would have made things a lot less messy.

My partner and I didn't really have nine months to prepare for our daughter. We had been trying to start our family, with no success, for several years, and we decided to move back to the United States from abroad in order to adopt. Five weeks after we arrived, we got the call that our daughter was here and everything in our lives changed in the span of six hours. We were still adjusting from returning to the United States after eight years away, getting settled in our new jobs, and furnishing our apartment. In fact, when our daughter arrived we had a couch, a bed, and little else.

Perhaps our situation was extreme, but I do think that no matter what situation you're in, things will change once you have a baby. I think my entire brain changed when we had our daughter, and it took a while for it to shift back to a semblance of what it once was. Over the course of that first year with her home, I realized quite a few things weren't going to be the same in my romantic relationship either, and took several steps to help my marriage survive such a big change. Here's what I learned:

More Like This
Gathre’s Winnie The Pooh Collection Is Finally Here
Double Your Fun With These Instagram Captions For Twin Pics
Sex And Mom Guilt: When I Date Someone New, Am I Cheating On My Kids?
Reddit Applauds Mom Of Five Who Stood Her Ground & Left Sleeping Dad Behind