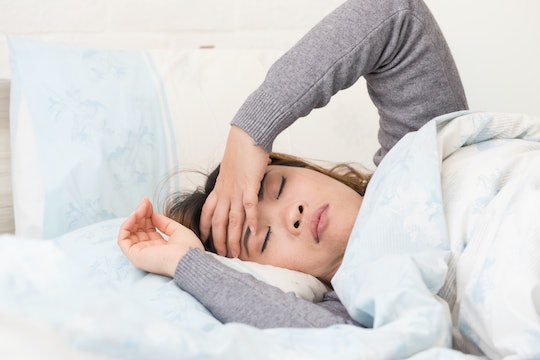 8 Things I Thought During My First Miscarriage

Miscarriage is a tragically common outcome of pregnancy. Most women I know have been touched by pregnancy loss in one way or another. Considering its prevalence, it's surprising that it's still considered a taboo topic. For me, part of the grieving process was talking about it. If I hadn't sought help from family, friends, and medical professionals, I would have continued to torture myself with the unforgiving thoughts I had during my first miscarriage.

I got pregnant with my first child after just a few months of trying. We had her nine months and a day after our wedding. We planned on trying again just after her first birthday. However, a few months before our daughter's birthday, high on a full night's rest thanks to sleep training our baby, we threw caution to the wind. I ended up with a positive pregnancy test a few weeks later. I knew about my baby for less than a week when I started to bleed. By the time I got to the doctor a day later, my hCG levels already indicated I was no longer pregnant.

It was a loss that I felt profoundly. Honestly, I never thought it would happen to me. Already beset by major depressive disorder and postpartum anxiety, I subjected myself to emotional self-flagellation. If you have any of these thoughts as a result of a miscarriage, I want you to know that you're not alone. But perhaps more important, know that none of these are true.