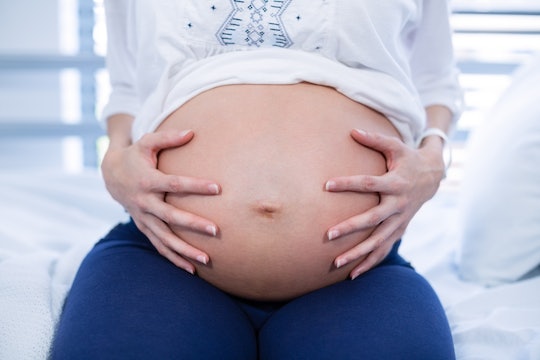 For the most part, pregnancy takes about 40 weeks (give or take). However, there's no exact science involved in predicting when a baby is going to come into the world. In the end, the baby arrives whenever they damn well like. Throw in an inaccurate period there or a miscalculation here, and it's easy to see how a due date is a suggestion instead of a deadline. It's also easy to see why there are more than a few comments that are in no way helpful when a pregnant woman is past her due date.

For example, I was 42 weeks pregnant and my baby was showing no interest in joining the world. It was January and really cold, so I guess I couldn't blame him. Still, it didn't make it any easier to watch my due date come and go, listen to all the comments about how "big" I was, or field questions about why my baby hasn't arrived yet.

So I tried a variety of tips and tricks to get him to make an appearance. In the end, though, he needed some help from the doctors. An induction, having my water broken, and a bunch of drugs later and he still was hunkered down and refusing to budge. I ended up waiting an additional two days before I met my son, and in no way did the inane and frustrating comments of others help move the process along. So, if you know a pregnant woman past her due date, maybe avoid saying the following: