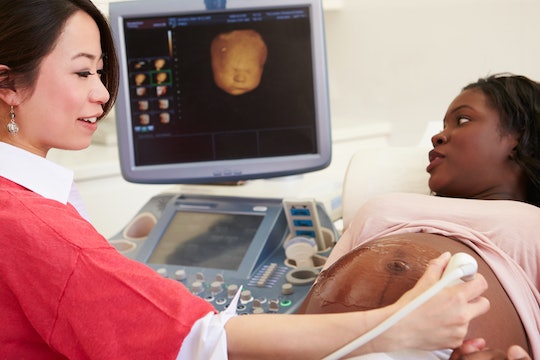 9 "Inappropriate" Questions Every Mom Wishes She Could Ask Her Sonographer

When I was pregnant with my son, I tried really hard to be chill but didn't have much success. There’s much to be nervous about and worry about and be concerned with. Every new stage of pregnancy and every new twinge set off a flood of new questions and sent me straight to Google for reassurance (which I don’t recommend). I relished my prenatal appointments for the information they provided, but I was also desperate for more details. My ultrasound appointments were no exception. Even though I knew better, there were still plenty of inappropriate questions I could have asked my sonographer.

Unlike my regular doctor, I wasn’t going to see the sonographer regularly so I didn’t have a long-term relationship to consider. Ultimately, this was one of the reasons why I made it a point to be on my best behavior; I didn’t want to leave the impression that I was rude or unappreciative or totally ignorant of social norms, which are pretty much the main reasons why I make it a point to "behave" in public and around other human beings.

Still, had I been able to really dig deep and ask the burning questions I had, I would have come away with a lot more information about my baby, a lot more reassurance about my pregnancy, and a lot my curiosities curbed. in the end, you live and learn, and you bet your you-know-what that if and/or win I ever end up doing this whole pregnancy thing again, I won't hold back asking the following questions: