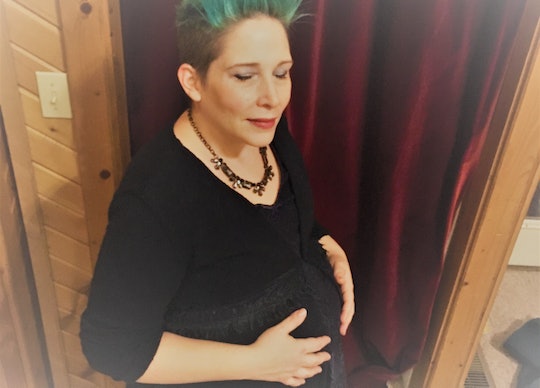 For me, pregnancy was the worst. In fact, I'm pretty surprised I did it three times. I vomited all day, fell asleep at my desk, cried randomly whenever someone looked at me the wrong way, and felt like I was dying. I also discovered that some people are really rude to pregnant people. Fortunately, interspersed with those crappy moments were others I'll never forget. When I learned firsthand from a few awesome people about the kindest things you can do to a pregnant woman, I was able to gain perspective and realize that, no, the world isn't full of pregnant people haters. Thankfully.

For example, there was my husband, who not only went out late at night to get me the weird foods I was craving, but also was kind enough to hold a barf bag for me when I had hyperemesis gravidarum. That's a sign of true love, for sure. There was a student in my yoga class who told me how strong I was for teaching yoga while pregnant. Later, when I had to stop teaching, she also told me how proud she was of me for listening to my body.

Most memorable, though, were my mom friends, who instead of romanticizing childbirth and new motherhood kept our conversations and their advice super real about things like epidurals, incontinence, sleep deprivation, and how hard breastfeeding can be. I couldn't have become the mom I am without those friends. In the end, being pregnant may have been the worst, but at the same time there were so many moments that gave me renewed faith in humanity, like the following: