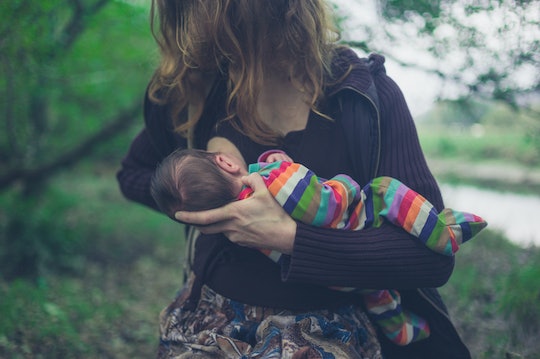 9 Pieces Of Weaning Advice I'm So Glad I Ignored

When I decided it was time to wean my first child, I was at a loss. While breastfeeding had, thankfully and luckily, come to me pretty easily, I had absolutely no idea what I was doing when it was time to wean. How was I supposed to go about this? Were there special considerations I had to keep in mind? Was it time to stop? How was I supposed to know? As in all things, lots of people had lots of thoughts. Some were helpful, but there were so many pieces of weaning advice I'm glad I ignored.

It's not that everyone's advice was categorically bad. In some cases people were simply sharing what had worked for them. But what works out brilliantly for one person isn't necessarily going to be helpful to someone else. In the end, I found weaning to be a lot like pretty much every other aspect of parenting I've yet encountered: muddle through, maybe a little anxious or panicked, and find the best fit for you, often by trying out some stuff that absolutely isn't working. (This is, incidentally, also how I shop for clothes.)

I know it may seem impossible to stop the whole breastfeeding things, sometimes. You think to yourself, "This kid is never going to be pried off my teat." But I promise, all breastfeeding children give up the boob at some point or another. And while the following guidelines might help some people reach their goals, they were best left by the wayside in my case:

More Like This
If Breastfeeding Makes You Tired, Here’s How To Keep Your Energy Up
There’s A Reason Your Baby Always Falls Asleep While Breastfeeding
Can You Breastfeed After A Breast Lift? Experts Explain
Baby-Led Weaning: A Comprehensive Guide To Introducing Solids