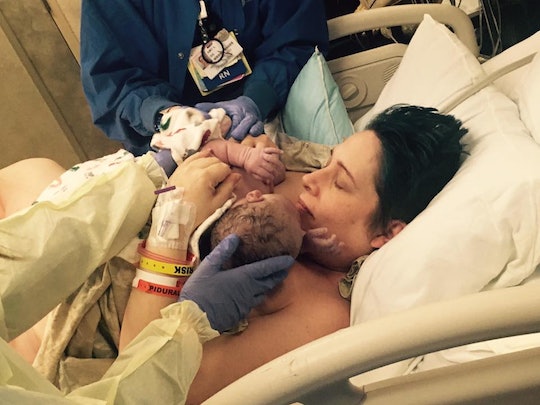 I had no idea what to expect the first time I gave birth. I mean, I read all of the books and attended every prenatal appointment, but the prospect of labor and delivery was scary. Then, when I did it again I thought I knew what to expect, but found out that labor can be different the second time around. To make matters worse there were so many things my midwife said to me about labor that ended up to not be true. At least not in my experience.

If I learned anything from my three vastly different experiences bringing human beings into the world, it's that no two labors are alike, pregnant people aren't the same, and sometimes, OK most times, things don't go exactly as planned. So, while midwives and OB-GYNs probably mean well, or think they are telling you what you want to hear or being honest about what's going to happen, it's not atypical for them to be wrong.

Labor and delivery is so incredibly personal. Different people want and need different things to make it through the experience, and if you are anything like me, the birth plan you think you wanted goes right out the window when you're in the throws of some painful as you-know-what contractions. My point is, your mileage may vary and plans may change. I wish my midwives had told me less about what would happen, stopped pushing a "natural childbirth" agenda, and trusted me to make my own choices. In the end I learned that they were wrong about so many things, including the following: