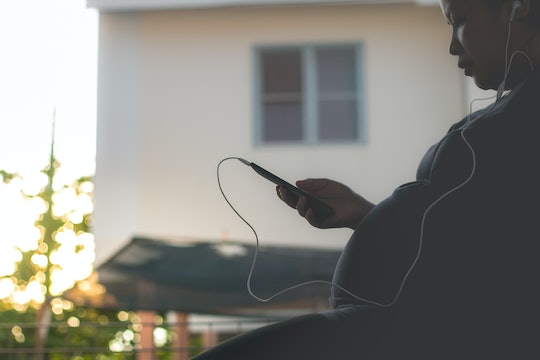 A few weeks ago, a mom named Alex McDaniel, wrote a seemingly benign joke on Twitter: "3-year-old for sale. $12 or best offer." Soon after the tweet, Child Protective Services showed up at her doorsteps with concerns over human trafficking. McDaniel is known for documenting the cute things her son does and says, but apparently a stranger didn't find this particular comment all that cute. There's a multitude of reasons why social media is actually ruining parenting, and McDaniel's story is just one example. Parents are using social media in seemingly harmless ways without realizing that not everyone gets their jokes or cares about everything they have to say.

Parents are berated on Facebook and Twitter and Instagram for everything from co-sleeping with their kids to losing their kids in the mall. It seems as if parents can't get anything right. And here's the thing: parents have always been co-sleeping with their kids and losing their kids in malls, there just wasn't the monster of social media around to make it easier for strangers to crucified them in public for it. Now, each documented step is a call for critique and verbal abuse.

Honestly, I long for a simpler time when parenting was mostly a private activity. Facebook came around when I was still in college, and I've been steadily addicted since 2004. As active as I am on Facebook, though, common sense has always told me to not post anything about my children that can be misconstrued. Still, I'm sure some (if not all) of the things I post still elicit some unpleasant responses, so the only way to completely free myself from all that critique is to quit social media altogether. I haven't been able to do that, yet, and who knows if I'll ever get there. Either way, I'm well aware that social media isn't just sending CPS to parents' doorsteps, it's changing the way parents raise their children and in the following ways:

More Like This
10 Lessons We’ve Learned From The Very Complicated Parents Of Grey’s Anatomy
10 Ways ‘Workin' Moms’ Is Basically A Crash Course In Parenting
17 Best Potty Training Products For Toddlers
From Captions To Gifts, These Are All The Kindergarten Graduation Ideas You Need