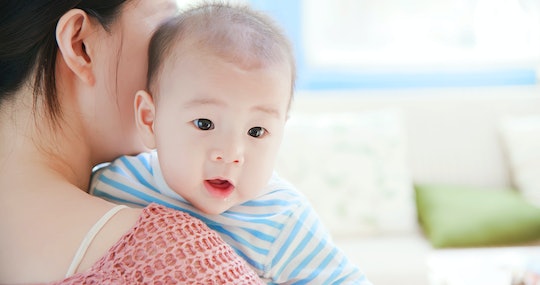 From the time we're little, us women are bombarded by other people's opinions about our bodies and what we should and shouldn't be doing with them. And for many of us, once we enter adulthood the pressure to have children, even after we've already had one (or more), becomes a bizarre, misplaced preoccupation for the people around us — pushy relatives, insistent friends, and random weirdos alike. Well, world: we're over it. So if you're feeling pressured to have another baby, please know that you don't have to take it sitting down.

When I found out I was pregnant with my first, I thought, "Awesome. Great. Not only am I excited to have a kid, but now I never have to deal with another person asking me when I'm going to have a baby ever again." Then I gave birth, and what felt like .5 seconds later starting hearing, "So when are you going to give him a little brother or sister?!"

What?! Are you kidding me?! Seriously?! My caesarean scar is still numb, you monsters!

My second kid is now 5, I'm almost in my late-30s, and I still, from time to time, have someone ask me, "Wouldn't you love another one?!" Hell no I wouldn't. I feel like I'm probably luckier than a lot of people, too, because I have a boy and a girl. I know from fellow moms of just boys or just girls that the pressure to finally have whatever they are perceived to lack can be as intense as it is obnoxious.

No one is entitled to an opinion about your reproductive choices. (The person you're making them with may express an opinion, but their petition is not a vote.) So here's how you can let them know that: