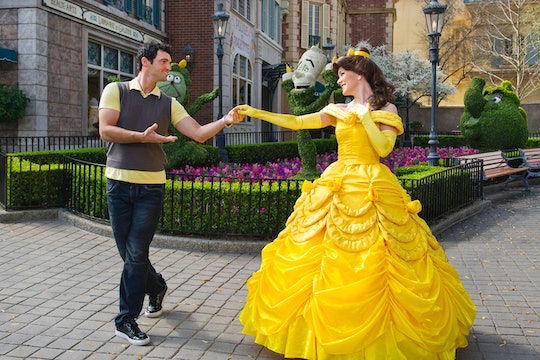 What Your Favorite Disney Princess Says About Your Mom Style

Generations of girls have grown up with a slew of Disney princesses as their role models. Whether or not this is a good or bad thing is up for debate, but it makes sense that after decades of singing their songs and playing with their dolls and dressing up in their gowns we have internalized some of what these princesses stand for. So I'm here to talk about what your favorite Disney princess says about your mom style. It may not say everything about who you are as a mom, but let's be honest: archetypes are useful and exist for a reason.

Now, before we begin: Yes, I know there's, like, a "Disney Princess" franchise which is separate from, like, the Frozen franchise, and that not everyone in the Disney Princess line is even technically a princess. And I know that Moana isn't technically a princess but "the daughter of the village chief" and that she even argues about this in the movie. I also know that Elsa is a queen, not a princess. But I'm speaking pretty generally here, people, so if the character is a female protagonist then boom: princess. Well, at least for my purposes.

So now that we got that out of the way, what does an adult's favorite princess say about how they go about being a mom? Turns out, a lot, including the following: