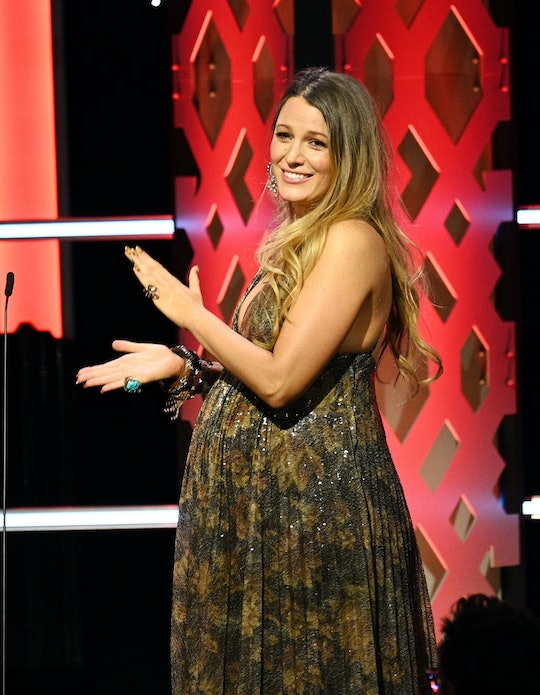 And how it inspired the Betty Buzz mogul’s “childhood dreams of being an inventor” one day.

Some people scour the pages of Forbes, some read biographies of innovators like Steve Jobs, and others find their entrepreneurial inspiration in more interesting places. Blake Lively definitely falls into the latter category, as the pregnant mom and Betty Buzz mogul credits her business savvy to a highly unusual source — the Disney movie Flubber.

But before you scoff at Lively’s confession, let it be known that she was just named to The Hollywood Reporter’s 40 Biggest Celebrity Entrepreneurs of 2022 list alongside big names like Lizzo, Jennifer Aniston, Gabrielle Union, Dwayne Johnson, and someone who happens to live in her house and presumably shares her bed — her actual husband, Ryan Reynolds.

When Lively was asked about a different side of herself that she is able to explore as an entrepreneur, the A Simple Favor star shared that she’s a fan product development. “It taps into my inner childhood dreams of being an inventor. Maybe I just watched Flubber too many times,” Lively told The Hollywood Reporter. For those who are not up on their ‘90s sci-fi comedies, Flubber stars iconic comedian Robin Williams as a mad scientist who is developing a new energy source and discovers a substance dubbed “flubber.”

Not only did watching comedies have an effect on Lively’s love of developing new products, it obviously affected her sly sense of humor when it comes to marketing her products too. In a new commercial for Lively’s non-alcoholic drinks company Betty Buzz, the actress and director stars in a spot that not only brings on the laughs, but cleverly champions women in business too. And by business, we mean world total domination by women as suggested by Lively’s electronic-accomplice also known as Amazon’s Alexa.

“And it might not be my place to say, but I'm such a huge fan of your work as an actor, a director, a business owner. The world really needs more women-owned businesses. Women-owned businesses are great,” the voice-activated assistant continues. “But why stop there?”

And if Alexa’s plan for women to take over the world isn’t exciting enough, here’s another compelling women-centered conspiracy theory for you: we’re starting to wonder if Lively might be the brainchild behind all of her husband’s funny commercials too.