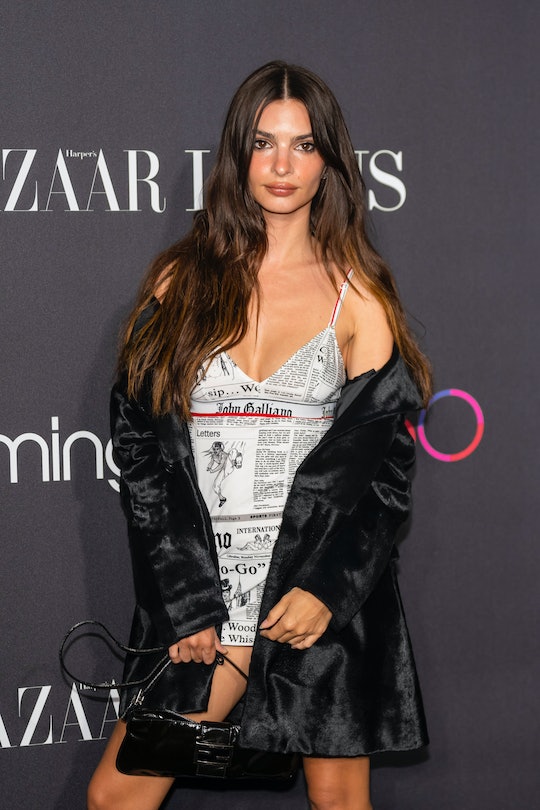 The toddler knows how to rock a chocolate mustache.

Supermodel and super mom, Emily Ratajkowski leads a jet-setting life, sharing enviable photos of her fierce runway walks and amazing getaways on social media. But some of the best pictures she shares on social media have to be the ones of her incredibly adorable son Sylvester Apollo Bear. From birth announcements to breastfeeding, Ratajkowski has kept followers up-to-date on important baby milestones. But maybe the most fun ones capture the everyday moments, like little Sylvester snacking on a chocolate donut the size of his adorable head. It really doesn’t get any sweeter!

Ratajkowski shares her son with estranged husband and film producer Sebastian Bear-McClard. And while things might be a little rocky at home, as the model recently filed for divorce, looks she is focusing on her son and being a mom (with solid taste in mouthwatering treats).

In a recent Instagram post, the Inamorata swimsuit mogul shared a super cute photo of baby Sylvester chilling in his stroller. The blond toddler could not be more precious as he flashed his baby blues and showed off that chocolate mustache, while cradling his prized donut in both of his sticky hands . “Ily Sylvester ❤️,” the gushing mama of one captioned the post.

In addition to being a huge name in fashion, Ratajkowski is an accomplished author and essayist. The model penned a viral and vulnerable piece in The Cut and recently shared some fascinating views on #MeToo. Not only did Ratajkowski say that the movement hasn’t changed things because men don’t know how to transform their bad behavior, she connected her ideas to parenting in a really insightful way.

Despite opening up on such an important topic, some TikTokers were a bit distracted by other reasons that Ratajkowski has been in the headlines these days. It’s been reported by several outlets that since her split, the My Body author has enjoyed a few casual dates with a certain single dad in Hollywood who, oh yeah, also happens to be one of the most famous actors in the world. “Girl you’re literally dating Brad Pitt,” commented one follower on TikTok. “Okay but Brad Pitt,” wrote another distracted fan.

And sure, while it’s fun to keep tabs on who this stunning multi-hyphenate is dating, it’s even more impressive to track how Ratajkowski supports women’s rights and empowerment. As the outspoken model begins to explore her new life as a single mom, it seems like she only has eyes for her little man anyway.