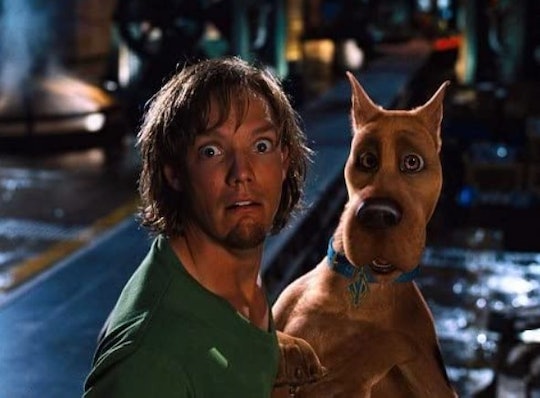 Every State’s Favorite Halloween Movie For Kids In 2022

The most popular Halloween movie pick nationwide might surprise you!

From Hocus Pocus to Halloweentown, your favorite Halloween movie may be based on the state you live in, new data has revealed. A recently released report on each state’s most-searched favorite spooky, Halloween kids’ movies has found what families across the country will most likely be watching this October.

To identify each state’s most-Googled spooky movie, the team at USDish put together a list of kids’ Halloween movies rated PG or G, using an SEO firm to find the movies that had the highest keyword search ranking. From there, the company inputted the movie titles into Google Trends to find each state’s most searched movie. Here’s what the fun report found.

The top contender was 2002’s Scooby-Doo movie, which topped the list as the most-searched movie in 13 states. (Its newest version, SCOOB! got mixed reactions on Rotten Tomatoes and didn’t make the list.)

In second place was Coraline, which was found to be popular in 11 states. Classics Ghostbusters and Beetlejuice followed in third and fourth place. Other movies on the list included Hocus Pocus, which of course is a big hit in Massachusetts; Coco, which was found to be the top pick in New Mexico; ET and Halloweentown, which is Oregon’s top movie and fitting since the original movie was filmed in St. Helens, according to the report. Adam Sandler’s Hotel Transylvania also made the list. Finally, Gremlins was the least favorite movie overall.

Where can you watch some of these movies?

There are, of course, many other family-friendly Halloween movies that are not too scary for the kids on Netflix and HBO Max that you can stream this year. So there’s no excuse this Halloween season for the kids not to be occupied!

More Like This
How To Watch Elf In 2022, Including A 24-Hour Marathon
20 Fun Facts About 'Elf' That Will Make You Love The Movie Even More
Every Night 'Home Alone' Airs On TV In 2022
All The Nights The Grinch Airs On TV In 2022