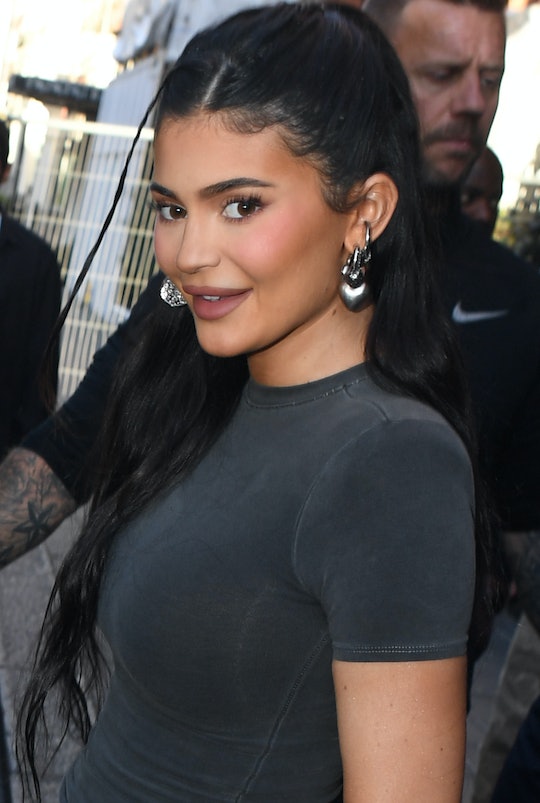 It happens to the best of us!

Most moms can’t fathom being a billionaire cosmetics mogul with a gajillion followers on social media, but they can relate to Kylie Jenner’s very relatable mom moment in her car. The youngest of the KarJenner siblings recently posted a video on social media where she launched a fun new TikTok series, modeled some makeup, dispelled some petty rumors, and leaked a little breast milk on her designer duds.

The mom of two took to TikTok to first address some of her haters, who seem to think Jenner is too much of a diva to drive her own car. But just as she was about to go on the defensive, Jenner was caught off guard by a little breast milk. “Ooh, it looks like I’m lactating,” she pointed to the stain with her very long pink nail. Without skipping a beat, Jenner went on to explain that she does indeed drive herself, and to prove it, thought it would be fun to start a TikTok series in the car called: Kylie in the Kar. Of course the entrepreneur used the first episode as an opportunity to promote her new line, the Kris Collection, a bright red homage to her momager and unofficial doula. Jenner then applied the matte lip crayon over her famous lips to demonstrate a day-to-night look.

“I am gonna go maybe change my shirt now,” she added as the glammest ambassador of leaking moms everywhere. “Kylie in the Kar !!!! this red is wayyyy too bomb. can’t wait for it to launch tomorrow 9am pst @kyliecosmetics,” Jenner captioned the video.

Another interesting tidbit from the TikTok: Jenner revealed that she was driving an hour away to do a 3D scan of her body for some upcoming Halloween surprise.

When she’s not busy being a working mom and lip kit tycoon, Jenner is always up for some weekend fun with the kids. Jenner, who shares 4-year-old Stormi and her 7-month-old son with rapper Travis Scott, was recently spotted at the happiest place on earth. The 25-year-old proved that she’s not only a cool mom, but a cool aunt too, who brought along her nieces Dream, True, and Chicago for a magical outing at Disney.

No word on whether Jenner actually drove all these kids to the theme park since we are now crystal clear that she does in fact travel solo behind the wheel.

For her next TikTok in the car, we’re definitely here for a very loud and chaotic kid-filled episode we’ve named: Karpooling with Kylie.