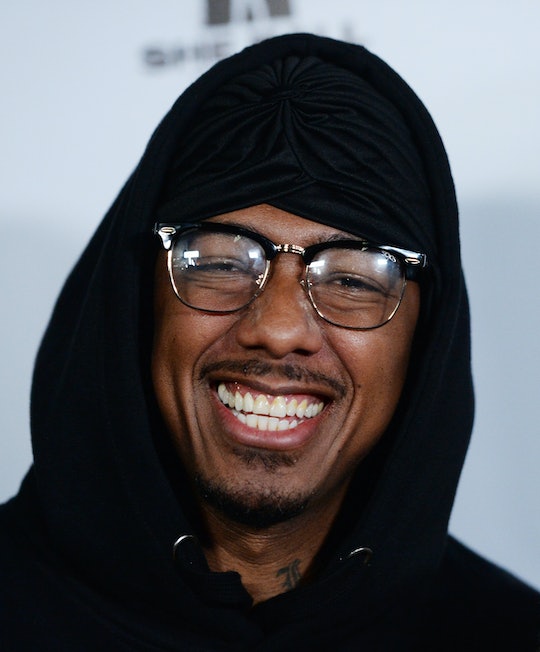 “I'm trying to be the best father I can be, the best businessman I can be.”

All Nick Cannon is concerned about right now is being the best father that he can be for his seven children. And it doesn’t seem like he plans on increasing that kid number anytime soon. In fact, Cannon said he plans to be celibate until 2022.

During a recent interview on the Drink Champs podcast, the 40-year-old father of seven told co-hosts N.O.R.E. & DJ EFN that he intends to go cold turkey, at least until the new year. “I'm trying to chill out though. I'm chilling out. I'm kinda stepping away, getting focused, going within, getting my celibacy on,” Cannon said on the Oct. 1 episode. “I have enough children, enough frolicking. I'm good right now. I'm trying. I didn't say I'm perfect. I love all my kids.”

The Masked Singer host added that his main focuses are fatherhood and work. “I'm celibate right now. ... I'm trying to go — I'm gonna see if I can make it to 2022... I'm trying to be the best father I can be, the best businessman I can be.”

Last month, Cannon said his therapist advised him to be celibate. “I'ma take a break from having kids,” he joked during an interview with Entertainment Tonight.

Cannon is the father of twins Zion Mixolydian and Zillion Heir, whom he shares with Abby De La Rosa. The twins were born in June. His son, Zen, whom he had with model Alyssa Scott, was born a month later in July. Last year, he welcomed his daughter, Powerful Queen with model and Miss Universe Guam, Brittany Bell. The two also have a son together, Golden, 7. He shares his oldest children, 10-year-old twins Moroccan and daughter Monroe with his ex-wife, Mariah Carey.

After City Girls rapper JT suggested that he “wrap it up,” Cannon set the record straight and said that he was having kids on purpose. “Trust me there's a lot of people that I could've gotten pregnant that I didn't,” Cannon said during an appearance Power 106 Los Angeles radio show back in July. “The ones that got pregnant are the ones that were supposed to get pregnant.”

But now since the Wild’n’Out host is taking a break from having more kids, perhaps he would have more time to play pranks on his friends, particularly Kevin Hart. For the comedian’s birthday, Cannon brought him a llama and in return, Hart posted his phone number on billboards across the city for people to call for fatherly advice. Go figure!