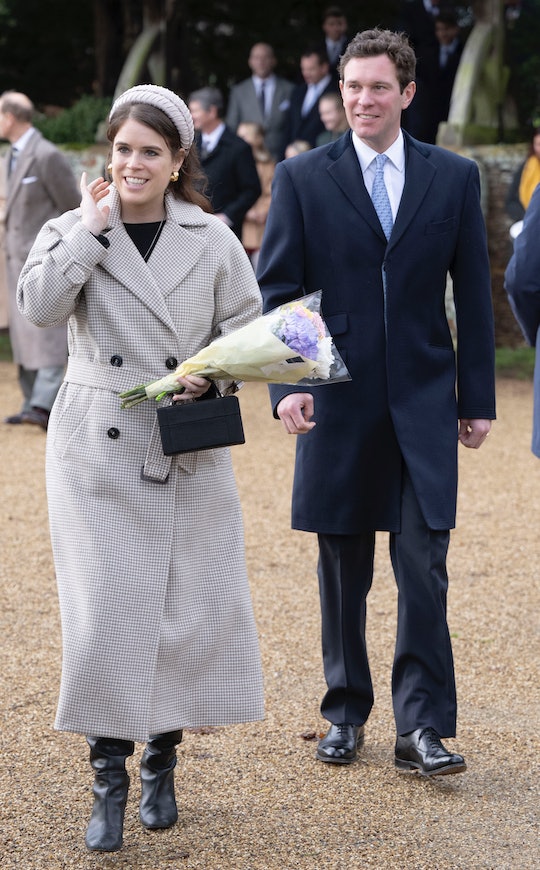 August is excited to be a big brother.

Little August Brooksbank is going to be a big brother. His mom Princess Eugenie announced on Instagram that she is pregnant and expecting her second child with husband Jack Brooksbank, and it looks as though her firstborn is awfully excited about this turn of events.

The youngest daughter of Sarah Ferguson, Duchess of York and Prince Andrew, the Duke of York, Princess Eugenie married Jack Brooksbank in 2018. The couple went on to welcome August in February 2021, their son August Philip Hawke Brooksbank, named after his late great-grandfather Prince Philip and born at the swanky Portland Hospital in London. The very same hospital where Meghan Markle and Prince Harry welcomed their son Archie two years earlier.

Now that August is just shy of turning 2 years old, Princess Eugenie and her husband are ready to expand their family. As a non-working member of the royal family, Princess Eugenie is able to have her own personal Instagram account, and she took to that account on Tuesday to share a sweet photo (taken by her husband) of August kissing her pregnant belly as the two were out for a walk.

“We’re so excited to share that there will be a new addition to our family this summer,” she captioned the post. Important to note: August’s sweater has elbow patches.

Princess Eugenie, who is the niece of King Charles III, might not be a working royal but she and her little family tend to show up for their family whenever they can. As they did at Queen Elizabeth’s Platinum Jubilee last summer, August stealing the show in his light blue Union Jack sweater cheering on the parade on his mom’s lap. The couple also were in attendance for the annual royal Christmas at Sandringham, the first without Queen Elizabeth, joining Prince William, Kate Middleton, and the rest of the family at St. Mary Magdalene Church on Christmas morning.

When it comes to the Sussexes, August has the distinction of being the only royal cousin to visit 3-year-old Archie and 1-year-old Lilibet at their home in California. Princess Eugenie even joined her cousin Prince Harry at the Super Bowl last February. This new royal baby will be the first born since Princess Eugenie’s older sister, Princess Beatrice, welcomed her daughter Sienna Elizabeth Mapelli Mozzi with husband Edoardo Mapelli Mozzi in October 2021.

In fact, her brother-in-law Edoardo was the first member of the royal family to congratulate Princess Eugenie publicly, sharing two hearts on her pregnancy announcement. Because a baby is always a good reason to celebrate.