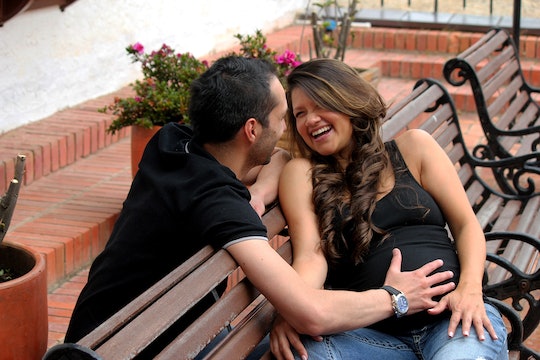 I’ve seen the second trimester held up as the pillar of pregnancy bliss, but that doesn’t necessarily mean it’s easy. I mean, compared to non-pregnant life, it still requires lots of extra effort, including those frequent Google searches to confirm that I still can’t eat brie or lunch meat (ugh), and attentiveness to that growing belly and all the other body changes that are still in full-force. So, I think it’s totally worth it to celebrate any signs that you’re kicking the second trimester’s ass, because, really, what is pregnancy if not one giant, 10 month ass to be kicked? (And I know, that’s kind of an intense visual that was just planted for you, but we’re talking pregnancy and motherhood here, so intense visuals are here to stay).

I’m at the tail-end of my own second trimester, in my second pregnancy, and I’m already pre-mourning the transition to the third trimester. I don’t mean to be dramatic, but I really, really like being able to put my own shoes on, and I really enjoy not feeling like my organs are punching bags. Of course, I also really, really like the idea of having a baby at the end of all of this, so I suppose it balances out.

In the meantime and while I soak up every last second of second trimester bliss I can, here are the hints that my second trimester is going well (that I'll be clinging to with desperation when that third trimester rolls around):