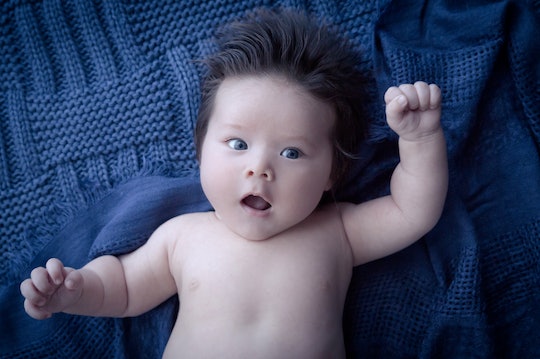 Things I Wish My Baby Could've Told Me Postpartum

Honestly, my most difficult postpartum struggle was the language barrier. I had no idea what my baby was trying to communicate to me. I assumed the crying meant hunger, desire to be held, discomfort, or any combination of those three things. If only my baby could talk to me postpartum. Not only would it have eased some of the anxiety in those first few months, when I was trying to figure how to be a parent, but it could've made me feel a bit less silly; talking to myself in the baby’s general direction as if she was going to answer me.

Postpartum was such a confusing time. I was overjoyed to have a healthy baby, and fraught with fear that I was going to screw everything up for her. Friends and family members were supportive, and I am so lucky to live near my parents who have been instrumental in our childcare plans since my husband and I work full-time. However, to have received some encouragement from my baby directly would have been such a relief. I would have even be receptive to some constructive criticism, because in the grand scheme of things it’s better to know upfront that I haven’t fastened the diaper securely before a road trip, than to find out later in the car and 30 minutes from the next exit.

If my babies could have talked, here are some things I wish they could have said to me when I was in the throes of postpartum life, which would have really helped me to chill the you-know-what out about the whole new mom thing: