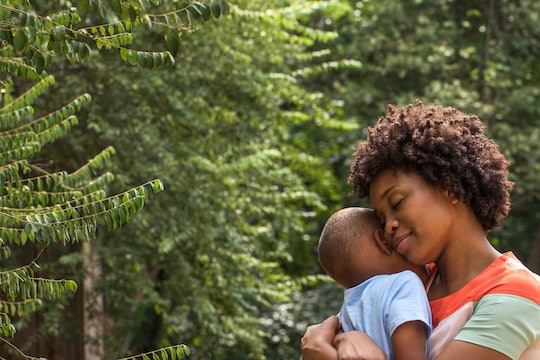 As a new mother, excited and nervous and happy and terrified about the prospect of being someone else's parent, I needed to hear a lot of things from friends and family members. I needed to hear that I could handle it. I needed to hear that I would be a good mom. I needed to hear how I could squeeze every second of potential sleep out of any given day, because the struggle was so very real. There were also things I didn't need to hear; things people need to stop saying to new moms; things that ended up creating unrealistic, unhealthy and unattainable expectations for and of myself.

While there's no arguing that motherhood presents a unique set of challenges to any woman who decides to experience it, easily one of the hardest parts of being a new mom is dealing with the social expectations of motherhood. Our culture thinks that a "good mom" is a mom that sacrifices every single aspect of her life and personality and humanity and time and, well, you name it, for the sake of her child. That expectation has fostered a lot of unnecessary commentary about motherhood in general, and so much of that commentary is regurgitated and retold and expressed directly, or indirectly, to new mothers. When I announced my pregnancy, and even though I was lucky enough to (for the most part) be supported in my choice to become a mom, so many people said the following things to and/or about me, and they were nothing short of hurtful.

Until the conversation and culture of motherhood alters significantly, and motherhood isn't synonymous with martyrdom, new moms are going to be told they need to act a certain way or do a certain thing or feel a certain type of emotion that somehow validates their choice to become a parent. I'm not about it, so in the name of change (even a tiny, little bit of it) here are a few things people need to stop saying to new moms, immediately. Like, yesterday, you guys.