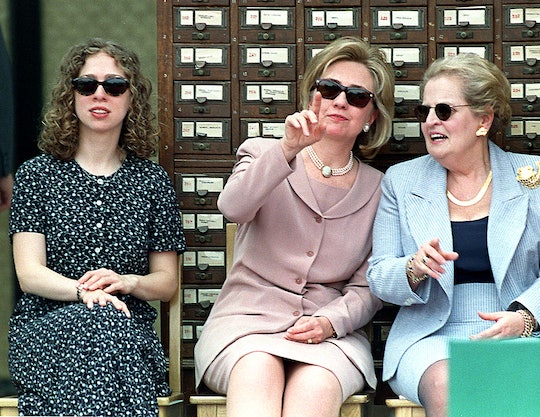 10 Ways Being A Mom Prepares You For Any Election Season

Oh, election seasons; those not-so-magical but very necessary times when we engage in political discourse for far too long. They seem to last forever, they're often hyped up and very dramatic, and they can leave us using that ole "block" button on our social media feeds more frequently than normal. I used to, sadly, not care about politics. Then, my younger brother joined the military and, six years later, I had a baby. While having a family member in the armed forced made politics important, I have no doubt that being a mom prepares you for election seasons in a way that very few things can. You'll be informed, you'll be involved and you'll be able to weather the storm that comes along with being engaged.

It's kind of "cool," these days, to hate politics and the political season. When scrolling through my social media feeds in the morning, I'm bound to find more than a few "I hate politics," and "I can't wait for it to all be over," and "I'm about to block everyone who posts anything political because that's not what your social media should be used for," status updates. While I can understand the sentiment (I mean, politics are draining, and that's a fairly nice description of the process), I also believe that being involved in local, state and federal politics is vital, especially when you're a mother. The decisions we make now, as a nation, alter the world and the future we will one day hand to our children. We have friends and family members and coworkers we all care about, who are all affected by politics (some more than others, of course). We want great schools and safer communities and more possibilities for our children, and voting for the best politicians facilitates those needs. Can it be annoying? Sure. But it is important that we be involved and vote and make our voices heard, for the betterment of our children (and everyone else)? Absolutely.

Thankfully, as a mother, you'll be able to handle the election season like a champ. Being involved, while important, isn't always easy, but you have done it before in other avenues of your life and, well, talking politics is a breeze now. Sort of. OK, it's probably still hard, but at least you'll be well prepared in the following ways: