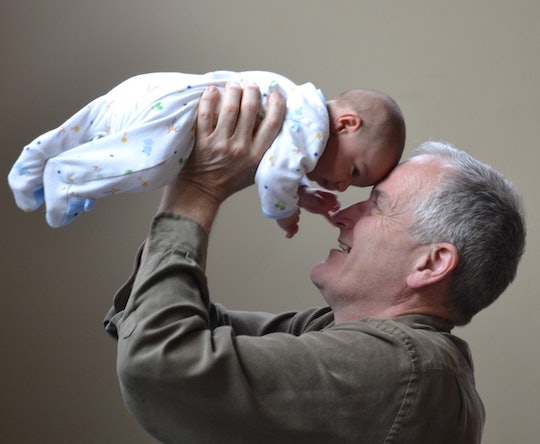 11 People Who Can Calm Your Baby Down In No Time

When my son was a baby, I went back and forth between thinking he was a simple creature (eat, sleep, poop, repeat), and a mysterious being from another world (Why is he looking at me like that? What’s he thinking? Why are his fingers curled up that way?). In fact, in those early months it was often other people who swooped in and came to my rescue. You’d think moms would get used to it, but there are some surprising people who can help your baby calm down instantly. Baby whisperers, if you will. Or, as I've grown to call them, beautiful creatures sent to this world to help every new mom keep her sanity in tact. But, you know, that could just be me.

I’ve grown to know and understand my son fairly well in these first 2.5 years with him, but I’m still learning; not only because of him, but because of the people around us both. Spoiler alert: it’s not always the people I expect. Just when I think my son's going to bury his head in my coat and shy away from the elderly man at the grocery store, he smiles and engages with him. Just when I think I can prompt him to say, 'Thank you” to the server who brought him a balloon, he decides to be shy and silent. He's a constantly changing, always impossible to pin-point being that has made the people around us a little more mysterious, too. It's a gift, I guess.

Perhaps if I had paid more attention to the people around us in the beginning of my son's life, when other people were able to wave the magic wand and calm him down, I'd be better equipped to figure out who will help him get back to neutral now. Then again, I had an adorable newborn to stare at so, you know, I won't be too hard on myself.