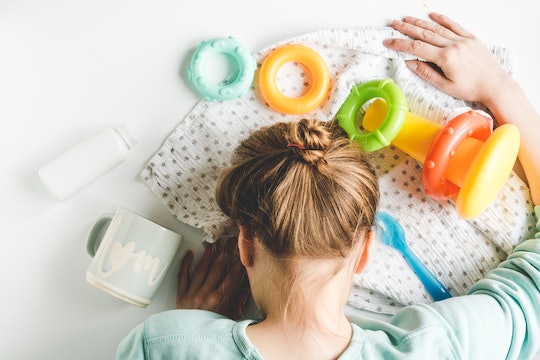 11 Things Parenting Destroys Your Will To Care About

Motherhood is hard. It requires a lot of a person and, as such, a person must prioritize. Since my own prioritizing efforts I've realized there's a hell of a lot of stuff that at one point in time seemed terribly important but, now that I've thought about it, no longer matter. In fact, there are so many things parenting destroys your will to care about... in my opinion, for the better.

It's not that motherhood has made me "give up." I don't think anyone can be a half-way engaged mother and be accused of having given up on anything at all. But above and beyond realizing things about your priorities, your priorities change once you have children. Hopefully motherhood isn't the first thing that's prompted this shift, either. Like, when I was 10, making sure I watched X-Men every Saturday morning at 11:00 a.m. was extremely important. And that was perfectly reasonable! It wasn't frivolous because there wasn't anything more important that required my time or effort. I regret nothing!

But times changed and so did I and different things became important to me. Having kids didn't change me (at heart I've basically been the same person I've been since I was a toddler) but it did change my life and circumstances and, as a result, allowed me to realize that the following things were not anything I had time for: