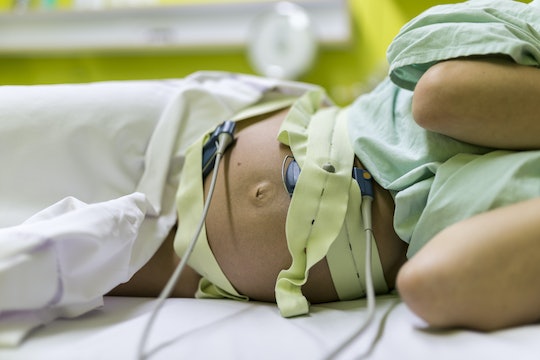 12 Moms Share Their Dream Delivery Vs. What *Really* Happened

It's safe to assume that every pregnant person hopes for the "dream" delivery experience, but what that means, of course, varies from individual to individual. One soon-to-be mom's mood lighting and soft music is another's quick epidural and large team of doctors and nurses. In the end, though, I think we all want to experience minimal pain and to hold a happy, healthy baby in our arms. Life doesn't always care about our plans, though, so I asked moms to describe their dream delivery versus what really happened.

When I found out I was pregnant I envisioned a calm, beautiful birth experience. I wished for few-to-no interventions, and wanted to labor in whatever position suited me in the moment, be it sitting, walking, standing, or in a tub. More than anything, I wanted to be able to hold my baby right away and breastfeed and bond without interruption.

Sadly, my first delivery happened prematurely and, as a result, I never had the chance to hold my baby while she was alive. As you can imagine, there was a lot of anxiety surrounding my second pregnancy, so I pushed for a home birth once I knew prematurity was no longer an issue. Unfortunately, I got to a point where my baby felt “stuck” and I was rushed to the hospital down the street where I was scolded by the OB-GYN on-call until I finished pushing out my son. The entire experience was terrifying and not at all like I had planned or hoped for.

I’m lucky that I now have my 4-year-old son with me, but I’d be lying if I said I didn’t still mourn the loss of the easy labor and delivery I never had the chance to experience or enjoy. I also know that I’m not alone, which is why I believe it's so important that we listen to the following stories from other moms who endured similar circumstances: