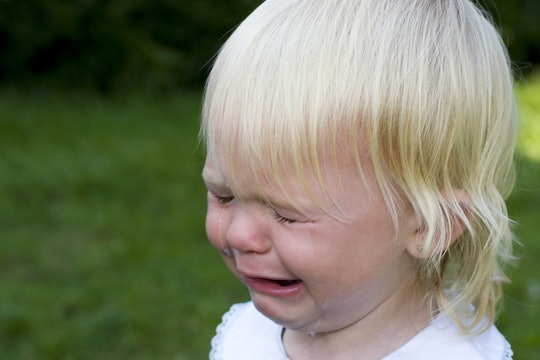 The very mention of them can send shivers up a grown woman's spine. Local eateries shudder as they enter their establishment. The only thing more off-putting than their aggressive immaturity is the fact that society seems more than happy to continually indulge their inappropriate behavior and cater to their every ridiculous whim. I speak, of course, of toddlers. Oh, wait, no. Toddlers can't help it: they're toddlers, and I don't mind them (though I get why other people aren't fans). I'm talking about bros. But, I mean, I could be talking about both, because a toddler and a bro are basically the same person.

I'll be honest: I feel like when it comes to exposure to bro culture ("brosposure," if you will) I've gotten off pretty light. In high school my class was, rather miraculously, mostly cool. The bro contingent was pretty easy to avoid, especially if, like me, you did theater. I went to an extremely artsy college (fraternities were, in fact, illegal), and so campus culture was much more focused around events run by the LGBTU than around Greek Week. Post-college, my career path led me to non-profit institutions and writing for a feminist website, so I'll let you guess how many bros I've encountered professionally.

In other words, I have the benefit of an outsider's perspective. Unlike someone who went to a college that was super into Greek Life, bro customs never became "normal" to me. I therefore possess the kind of detachment necessary to view bro-ness with a sort of academic and non-biased lens that others may not be able to achieve. This, coupled with the fact that I have a lot of experience with toddlers (having raised two at this point), sets me up to make connections others might not be able to necessarily draw. When I have encountered bros (and let's face it: even someone with minimal exposure still gets a lot of "brosposure" because, you know, the internet), I recognize a lot of their quirks, peccadilloes, and behaviors right off the bat. I mean, they're identical to those of my two and three year olds'.