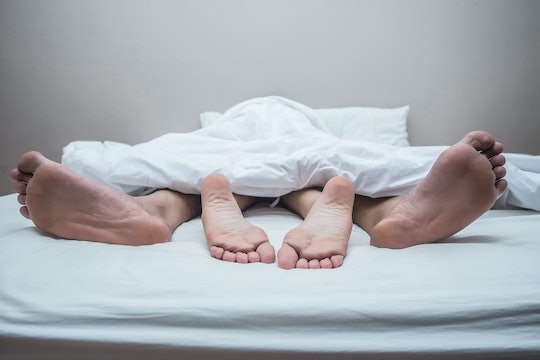 21 Women Share How Their Orgasms Changed After Having A Baby

Every now and then, you'll hear someone crack a joke about the idea that sex is basically a non-existent, distant dream for parents. Now, I don't think I've ever encountered a couple for whom sex after children did not require some kind of dedicated effort for various reasons. And yet the idea that one's sexuality dies the moment they give birth is completely absurd, at least as far as it being a universal rule. So I asked a group of women to share how their orgasms changed after having a baby and so many of them proved my point — "sex after baby" is neither one-size-fits all nor is it completely hopeless as a matter of course.

I was not surprised to learn that, for many of these ladies, the sex became less frequent and/or worse after they had a baby. But I was also not surprised to learn that for many others things have gotten better. I have a few theories about how this happens: some things just get better with age, and sometimes the changes that happen during childbirth can work in your favor. But I think the main reason things can get better (or worse) often comes down to teamwork. Parenting with someone is such a massive, all-consuming joint effort. When you can operate with someone so completely to make life run smoothly, that coordination branches out into other areas of your life. Conversely, if you find working together challenging, well, that's not going to make for harmonious sexytimes.

This isn't to say, of course, that if you're having physical difficulties you aren't working well together: birth and parenting can do a number on one physically, through no one's "fault." It's all very "case by case." But I'll let these mamas speak for themselves: