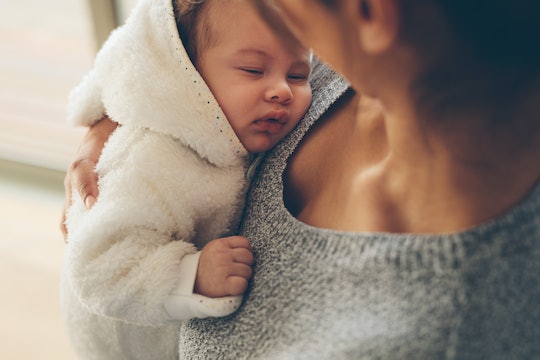 I thought I was prepared to hear the sex of my second child. My daughter was almost 5 at the time, and I was convinced I was having another girl. I'm not sure why. I guess, if I'm being honest, I simply thought I wouldn't be a great mom to a boy. I was afraid. But the ultrasound technician told me I was having a son, and, even before he was born, my baby boy changed my life. I know I'm not alone, so I asked other moms to share how having a son changed them, too. All I have to say is: prepare to feel all the goddamn feels.

When I first heard I was having a son, I cried. I was so afraid of raising a boy I was almost disappointed, which I now feel incredibly guilt about. After all, my son is one of the best things to ever happen to me. And my fears, however valid in the moment, were based on preconcieved notions that, it turns out, don't hold any weight. In the end, there was simply no way I could have anticipated how much I would love him the moment I held him in my arms. There was no way of knowing how differently I'd feel about him compared to his sister — in a good way. I was afraid of the unknown, but the unknown turned out to be an incredible life change that has only made me a better mother.

My daughter changed me too, of course, but in different ways. Before her arrival I was an irresponsible, immature young woman. She made me a mother prepared to sacrifice anything and everything for her children. Still, my son transformed me in ways I couldn't have imagined. He made me stronger, and more confident in my parenting. He reminds me that I can do, and be, absolutely anything I want. And, just as I suspected, I am not the only mother to have been changed by her son. Here's how other moms were impacted the day their sons were born: