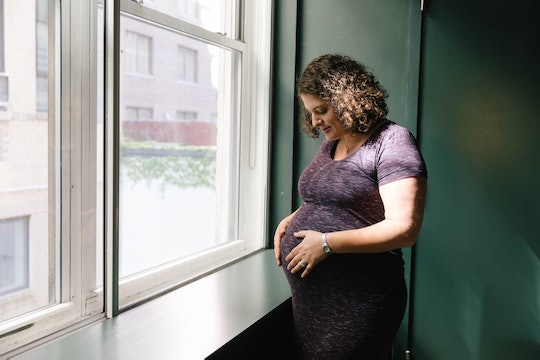 8 "Mistakes" I'm Glad I Made During My First Pregnancy

As an adult, I've learned you never really stop hating being told what to do. When I was pregnant I was getting instructions at every turn, from doctors, relatives, and complete strangers on the subway. I would nod and smile but then go about making “mistakes” during my first pregnancy that were more acts of rebellion than clueless gaffes. “Oh, was I not supposed to eat that entire bowl of sweet potato chips? Sorry, I assumed they were all for me, since I’m, ya know, pregnant.”

Though I definitely ate for two at times during my pregnancy, which is not recommended, there were some rules I totally didn’t break. I stayed away from deli meat and raw fish. I abstained from alcohol. I never missed a prenatal appointment. The same went for my second pregnancy, because there are just some chances I am not willing to take. I never wanted to worry that I was jeopardizing the health of my child. I could wait for sake and sushi.

But here are some of the “mistakes” I’m glad I did make during my first pregnancy. Because by making them, I was able to figure out my burgeoning identity as a new mom while simultaneously maintaining some semblance of autonomy in a society that often feels entitled to criticizing mothers (and don’t get me started about working moms).

More Like This
What Foods Fight Nausea During Pregnancy?
22 Valentine's Day Pregnancy Announcement Ideas Sweeter Than Candy
OB-GYNs Explain The Connection Between Stress & Miscarriage
Fun, Sexy Maternity Lingerie, For When The Mood Strikes
What Parents Are Talking About — Delivered Straight To Your Inbox