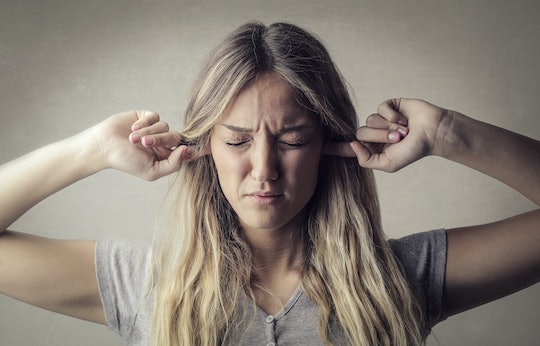 8 Parenting Terms That Drive Me To The Brink Of Insanity

If you're new to the parenting game, and you're finding yourself a bit lost in terminology, I don't blame you. Language is an evolutionary thing that morphs and adapts to describe shifts in culture and ways of thinking. If there's one topic for which there is an ever-changing approach, it is parenting. So it's no surprise that the terms are often evolving, too, sometimes to the point where the meaning is no longer clear. There are so many parenting terms that drive me to the brink of insanity, honestly. It doesn't matter whether the phrases in question are ones I've known since I became a parent six years ago, or ones I've only become familiar with recently. In my opinion, at least, they're all kind of ridiculous.

In fact, I think it is unfair to charge a new mother with having to learn an entirely new lingo in addition to having to learn how to help a new human thrive outside of her womb. You feel me? Show up to Mom Group thinking you're a Scrunchy Mom because you still like to wear your scrunchie from middle school when you wash your face at night, and you'll risk being the recipient of some behind-your-back gossip. (Oh, by the way, new moms can also be Mean Girls, but that's an old term that hasn't changed, thank God.)

Personally, I'm more about saying exactly what you mean,and occasionally playing with language. I think playful language can be fun. But IMO (that's a fun way of saying "in my honest opinion") some of the parenting terminology has become downright insane and if I get wrapped up too much in it, it drives me to insanity, too. Here are a few winners: