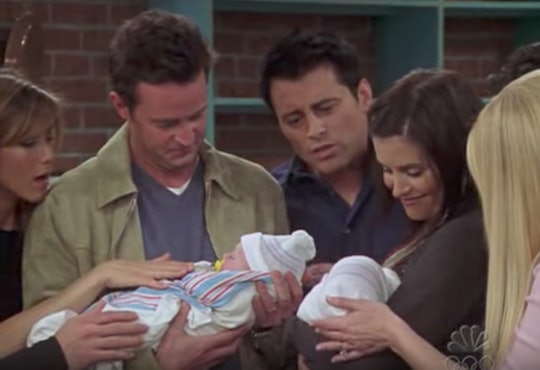 8 Questions Adoptive Moms Wish You Would Just Ask Them Already

The last time someone asked me about adoption might have been the straw that broke the camel's back. I was strolling along with my 2-year-old adopted daughter, and a clerk came up and asked, "When did you get her?" There's something about adoption that seems to make strangers think they can ask anything without so much as saying "hi" first. So rather than be mad about getting those kinds of questions, maybe it's more productive to think about what questions adoptive moms wish you would ask instead. Because spoiler alert: asking "where" we "got" our children isn't the way to go.

I know adoption is an interesting topic for a lot of people, and I am actually usually really impressed with the conversations that result from people so brazenly asking me about my children's adoptions and my family's experiences. But adoption does take a little extra sensitivity in the approach, so I hope these suggestions help you if you're interested in asking about adoption, but aren't sure how to ask the first question or broach the subject (with someone you know or a relative stranger).

The more conversations that happen about adoption, the more awareness there will be about the process and the less fear there will be about adoptive parents, children, or the entire situation. But keep in mind, sometimes I just want to go to Target without having to be the spokesperson for adoption, especially when I haven't even showered and my kid is having a total meltdown. Adoptive parents (or at least this one) are usually more than happy to educate the masses, but that is not our job. We don't owe anyone, especially strangers, explanations. So yes, feel free to ask the following questions, but know your audience, folks.