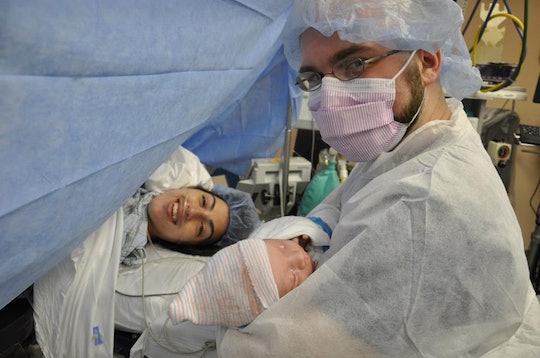 I've had the opportunity (for better or worse) to see, over and over again, how C-sections are described, discussed, and fretted over among other moms, the media, and society at large. The truth is that which narrative you're hearing can often be colored by self-selecting factors, including where you live, who you talk to, what your opinion is going into the issue in the first place, and the like. But that doesn't change the fact that, more likely than not, you're hearing competing, contradictory interpretations of this very common procedure all the time. This can be confusing, irritating and, moreover, make it impossible to do the "right" thing.

Spoilers: there is no "right" way to give birth, at least not as a universal concept. There's only what's right for you, your medical needs, your emotional needs, and your baby's needs. And thank goodness for that, because there's no way to get it right with these insidious and undermining double standards: