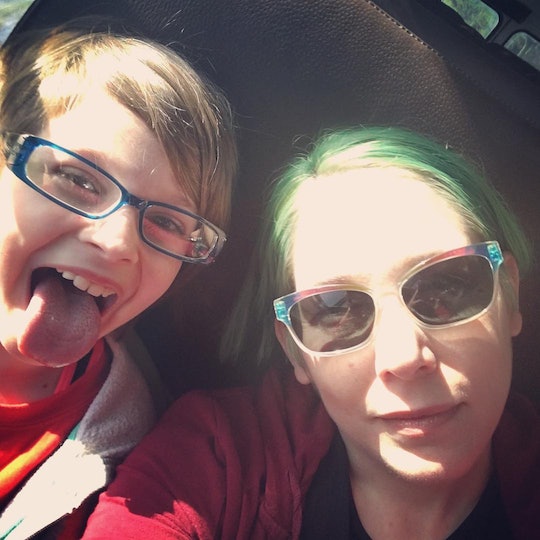 9 Reasons I Decided To Come Out To My Kids

Yesterday started like any other day, until my kids noticed the square package sitting near our front door. When I opened it to reveal a huge Pride flag, they asked, "What's that?" My oldest answered, "It’s a Pride flag, to show support for the LGBTQ+ community." My younger kids, on the other hand, continued to look confused. And it was in that moment, in the midst of their confusion, that I decided to come out to my kids.

"I’m bisexual," I said, "For me, that means I am attracted to people of all genders, not just men." As soon as the words left my mouth I prepared for their, what I assumed to be, inevitable shock. At the very least, I prepared for them to question why I had never mentioned anything to them before. Instead, the toddler picked up our Pride flag and held it like a brightly colored security blanket. Meanwhile, my middle children asked, “Well, what’s for lunch? And can we have screen time?”

For my children, finding out their mom was bisexual wasn't a big deal at all.

My oldest, now 13, did have a few questions, though. She asked me how long I’ve known, and how I grew to realize this part about myself. I told her I’ve always known, but didn’t really come out to anyone until I was in college. She told me about her friends at school who identify as bisexual, pansexual, and gay, and in the end we enjoyed what was probably the best conversation we've ever shared.