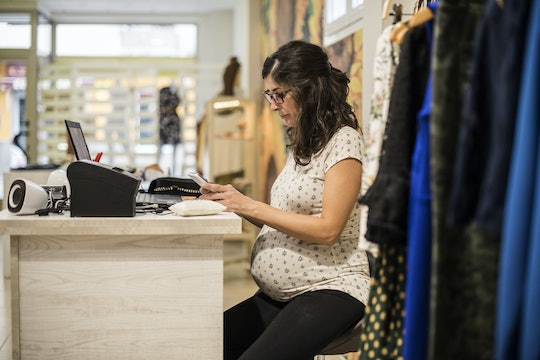 One of the most fun things about pregnancy is breaking the news. Though I was nervous about how my boss would react when I told him, I was so relieved when he responded with genuine excitement for me. Telling my colleagues brought on squeals of joy and knowing looks (as some of them had a feeling I might have been expecting). Still, there were some things I didn’t share, and they were things every pregnant woman needs her co-workers to know.

Pregnancy was so weird to me because it’s extremely personal, but also very public. There were crazy changes happening inside my body, but over the course of nine months those changes were on display for the world to see. People would reach out to touch my belly and I’d recoil. Others didn’t know where to look when I sat across from them, my swollen boobs sucking up all the air in the conference room. Pregnancy could be awkward for everyone, depending on where they are in their own lives.

As I worked through my pregnancy, I knew my whole life as a child-free woman was about to end. However, my desire to stay in the workforce and continue my professional journey remained steadfast. I hoped my actions proved that, as I never slacked off and made up for any time I missed when I had to run to my obstetrician appointments, but I guess there are some things I would have really liked my co-workers to have known when I was pregnant: