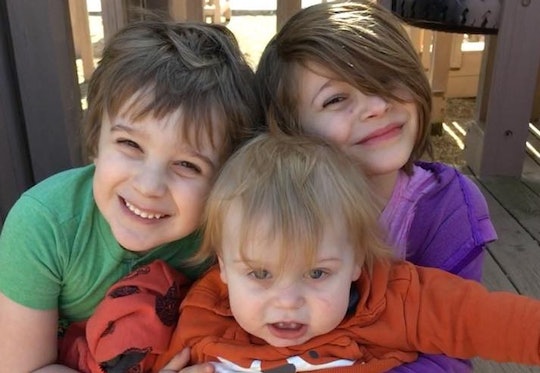 9 Ways You're Accidentally Ruining The Bond Between Your Kids

As a child my siblings were my first friends. Sure, we fought like proverbial cats and dogs, but we always had each other's backs. Then, at some point between our tween years and college, my bond with my siblings faded away. Honestly, I blame my mom. It's not that she did it on purpose, though. Rather, she was accidentally ruining the bond between her kids in little ways every single day.

As a result of my fractured relationship with my siblings, I was determined to do things differently when I found out I was pregnant with baby number two. I wanted to treat my kids with fairness, I didn't want to accidentally favor one over the other, and I legitimately wanted my kids to be BFFs. I wanted them to have people close in age they could rely on in childhood and beyond, but I also selfishly wanted my kids to play with each other and give me a break once in a while.

But once my baby reached an age where he could actually interact with his big sister, I learned the sad reality of having more than one kid: you can't force your kids to bond with each other. All siblings fight, even those with the best relationships, and trying to avoid sibling squabbles often only makes things worse. So after listening to more screaming matches than I can count, I've realized that at least some of my kids' interpersonal relationship problems were my fault. I was making some of the same choices my own mom made. So, after taking a long look in the mirror, I'm now going to try my hardest to stop doing the following counter-productive things that low-key undermine my children's relationships with one another:

More Like This
Here’s How To Keep Your Baby Safe When Their Older Sibling Is Sick
Can Elderberry Help Prevent Illness In Kids? Doctors Weigh In
What Is RSV?
6 Hacks To Make Your Kid's Lingering Cough Go Away