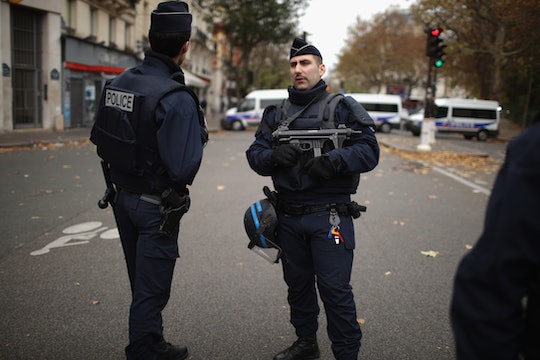 EARLIER: Following the Paris terrorist attacks Friday, during which over 120 people were killed by seven known assailants (who have all since been declared dead), reports circulated that Belgian police launched a raid in Brussels relating to the Paris attacks in three homes in Molenbeek-Saint-Jean, a suburb in Brussels. According to the Belgium Justice Minister, authorities took into custody several individuals who might be attached to the attacks, during which six shootings and three explosions took place.

According to reports, one of the cars used in the attack on Friday had a Belgium license plate.

Earlier on Saturday, ISIS claimed responsibility for the attacks, saying they marked “the first of the storm” when it came to attacks from the militant organization. French President François Hollande, meanwhile, called the attacks "an act of war," and also said that ISIS was behind them. One French national has been identified as an attacker, and was known for his radicalism.

Shortly after the attacks, President Barack Obama held a press conference lending his support to France, and also insisting that the U.S. would help target those responsible for the deaths of over 120 people, 80 of whom were killed in one location, the Bataclan concert hall, where American band Eagle of Death Metal was playing. Said Obama during the conference:

We stand prepared and ready to provide whatever assistance the people of France need to respond.

But the U.S. wasn't the only country who reached out to support France. Iranian President Hassan Rouhani condemned the attacks as "crimes against humanity," while world leaders from China, India, Saudi Arabia, Kuwait, and Canada also pledged support. And U.K. Prime Minister David Cameron held a press conference Saturday morning, speaking directly to the French:

Your values are our values. Your pain is our pain. Your fight is our fight. And together, we will defeat these terrorists.

Not much is known about the victims of the tragedy at this time. An American, French, and British national have all been named, while at least two victims are believed to be from Belgium.