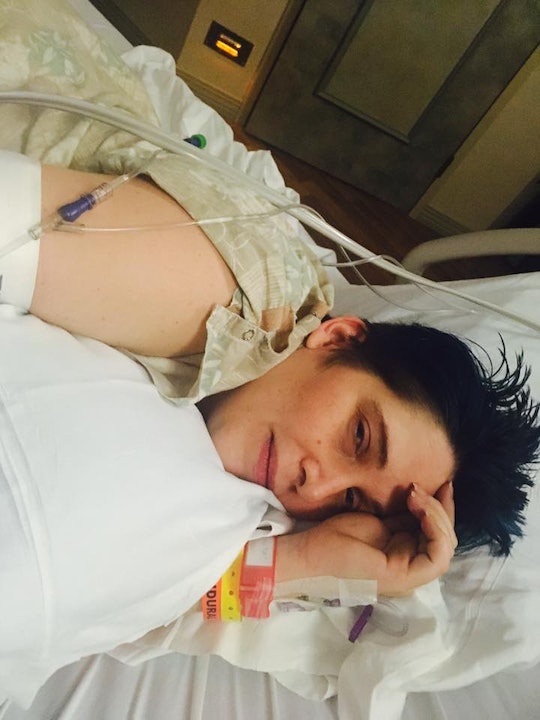 How Awful Your Labor Will Be, Based On Your Baby's Zodiac Sign

Between my three pregnancies I had three vastly different, but equally awful, labor and birth experiences. I am pretty sure I'm cursed. Then again, it's possible my babies were to blame. I mean, it might have been how they were positioned in my uterus (back labor is the worst), how shy they were about joining the world, or my hot mess body making them come early. But can you also predict how awful your labor will be, based on your baby's zodiac sign? I mean, anything is possible. I say it doesn't hurt to exhaust all your options when you're planning for something as mentally and physically exhausting as childbirth.

I decided to put my birth experiences to the test and compare them with my babies' birth signs. Turns out, I was pretty surprised by what I found. Guys, the universe is spot freaking on. My Gemini child seemed to have dual personalities. She came five days after her due date and after a month of prodromal labor contractions. I kept thinking I was in labor, but no. It wasn't until I was finally admitted for an induction that she decided she wasn't going to wait any longer and my water broke. My son came into the world three weeks early. Was it because he is an impatient Scorpio? I don't know, but he's still impatient almost five years later, so you tell me. My youngest, well, his labor was certainly exciting, which makes sense because people born under the sign of Aquarius are known to hate being bored.

Can astrology explain why nature seems to hate me or are all labors destined to be awful? I mean, they are all called "labor" for a reason. So who knows, but if you are expecting your own little bundle of joy, you might want to read on to find out just how awful your labor might be: