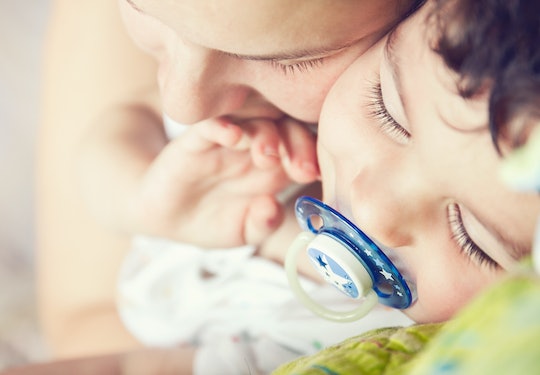 15 Moms Reveal How Long Their Kids' Bedtime Routines *Really* Are

That bedtime and sleep are often such massive struggles for parents seems ridiculous and unfair. After all, sleep is something just about every animal on the planet has to do some version of, especially when they're little. So how is getting our kids to sleep so damn hard? Why does it take forever?! I talked to 15 moms to ask how long kids' bedtime routine takes, because let's establish some sort of baseline here... at least.

Honestly? I can't complain. My kids have a consistent bedtime routine — brush teeth, stories, cuddle, bed — that takes 15 to 20 minutes tops. Sure, lately they've been trotting down the stairs five to 30 minutes after we tuck them in to tell me they can't sleep and "need a cuddle," but after a quick snuggle they go right back up and it's not a big deal. My youngest child? She's actually always been pretty easy when it comes to getting her to hunker down for the night. My oldest, on the other hand, was apparently possessed every night by a caffeine-fueled demon from hell, so that was two-plus years of an hours long "bedtime routine." (I use that term generously, because it sure as you-know-what felt a lot more like an hours long, Game of Thrones-level battle.)