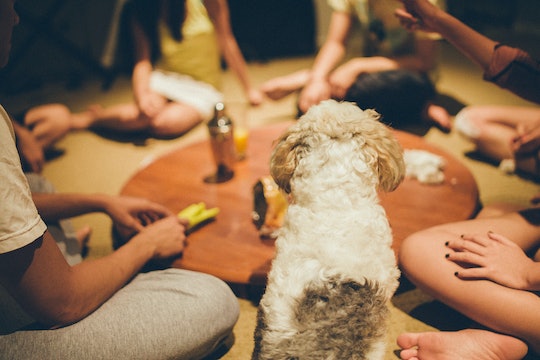 Many of us know that the transition from all-night parties to all-day Elmo can be a bit of a shock. Not only for us, the parents whose former lives were all about dancing, dive bars, and drunk texts, but for our friends who are still living large without kids. When we announced our new ventures into the realm of parenthood to them, they laughed, believing it was a joke. Then they gave us that glazed over look that said, “Really? You’re having a baby?” Which we can’t blame them for since we always swore to never have kids or get married (but hey, sometimes things change!)

Once it comes time to do the standard “mom” things like register for baby gifts, choose a baby name, and plan a baby shower, your old friends may feel a bit like fish out of water. Conversations that used to be about who you hooked up with last, what ex you randomly found on Tinder, or where you guys should all go on vacation next summer, start to transition over to one-sided monologues about how much time to take off work after the baby is here, which baby bottles are best, or whether or not to use a pacifier, while your friends take naps with their eyes open. And hey, that’s OK! You're having a baby – it's going to be all about you for a while. It's cool. Balance will return eventually. For now, we’ve found a new way to incorporate the old party lifestyle with the new parenting way of life, and by the end of it you’ll either be trashed or pregnant with a new baby name! Ideally, a little of both.

Here Are The Rules:

Each player starts off with one full drink to play with — beer, booze, maybe a low-sugar mocktail for whoever’s pregnant.

On the table are 10 shots — whiskey, tequila, vodka; pick yer poison — as well as one tall liquor drink which we’ll call the Baby Bottle.

Everyone playing has to come up with 10 baby names they think you might name your kid, while you (parent-to-be) writes down 10 baby names you’re considering. Each name should specify if it's meant for a girl, boy, or either (not because gendering things is especially necessary, but because it comes into play later in the game).

Put all these names on scraps of paper, and throw 'em in a bowl, because this is America, and that's how it goes.

The game starts with the mom-to-be pulling a name from the bowl, and continues in a clockwise circle from there. (The mom-to-be is hopefully not drinking booze, but you didn't need me to tell you that. She can drink... I don't know... something boring. No one said pregnancy was fun.) If the name you pick falls into any of the categories below, follow the instructions listed.

Some categories can get you bonus drunk! So that's awesome. For example, if you chose a name from a TV show, there are additional instructions if the character is from a certain show.

Once all the names have been pulled, and everyone’s completed the rule and bonus drinks, each person shares what names were on their original list. If two or more people had any names in common, those people all have to take a shot now. If anyone has any names in common with the mom-to-be, that person has to go get her a snack of her choosing (reminder: she's been dealing your drunk asses all night) as long as it doesn't involve driving anywhere to get it. (Don't let your drunk friends drive a car, Mom. That's not great parenting.)

Now for the categories. Here's what you do if you pull a name from the bowl that is...