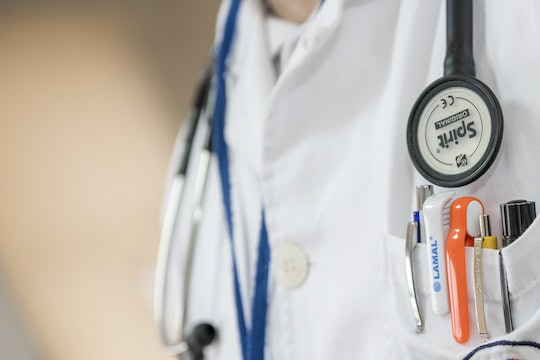 If Your OB-GYN Does These 8 Things, Find A New One

I've met a lot of OB-GYNs, but for some reason I don’t always have the best luck with them. Don’t get me wrong, I’ve known a few great ones and I'm grateful. For the most part, though, the OB-GYNs I've met have been, well, the worst. Like "I'm walking out of this office crying" the worst. It’s hard to find a doctor you can trust, who is well-qualified, and who you get along with. In other words, there are more than a few reasons why you should absolutely find a new OB-GYN if you feel it necessary. Simply put: just because someone is wearing a fancy white coat and went to school for a million years doesn't mean you can't demand a few things from them. An OB-GYN is there to care for you, not the other way around.

Between my two pregnancies I’ve had about six, count them six, OB-GYNs. That’s not including the perinatologist group that also cared for me during my second, high-risk pregnancy. I’m sure I’m not the only one who’s had trouble connecting with the right doctor. That said, I’ve known many people who end up stuck with doctors they're uncomfortable with, simply because they didn’t realize they had a choice or the ability to demand better. I’ve also known people who failed to seek the care they needed because of a prior, bad experience with past doctors. Both scenarios are, to say the least, terrifying and heartbreaking.

People need to know and understand that they have a say in who cares for them during something as difficult as pregnancy, labor, and delivery. We have a right, as patients, to find someone who works well with and for us. It’s OK to hold your care providers to a higher standard. When searching for your next OB-GYN, you may want to consider the following, which prompted me to search for a new doctor of my own.