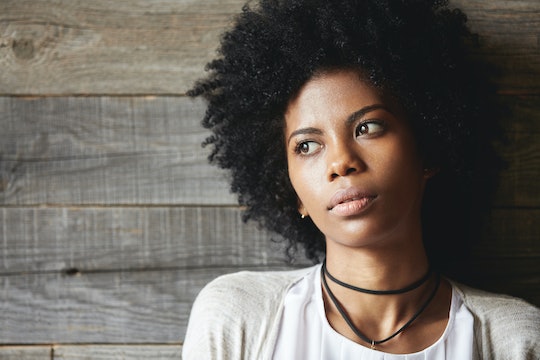 A mom posts a photo of herself bottle-feeding her newborn and is suddenly bombarded by three different friends, all asking why she isn’t breastfeeding. Doesn't she know "breast is best?" A mom decides to let her child have a bag of chips, and the stranger at the grocery store shakes their head. Doesn't she know that stuff is poison? A mom is breastfeeding in public and told to go to the nearest bathroom. Doesn't she know that's inappropriate? I asked moms to share how they cope with constant mom-shaming, because it is prevalent, relentless, and cruel. And, sadly, it has become synonymous with motherhood itself.

I was at the receiving end of mom-shaming before I even had the chance to hold my child. When I was pregnant, people kept telling me how I "should" give birth, and after my son was born and immediately taken to the NICU I was subjected to blame and a crippling amount of guilt. Little did I know, that was only the beginning. I’ve since encountered random bits of mom-shame, both direct and indirect, regarding everything from wanting to take my baby outside the house before he got his vaccines, to letting my kid watch television. Most recently, I've been shamed for not pushing him to potty-train sooner. Apparently mom-shaming doesn't end when your kid reaches one milestone and moves toward the next.

The constant shaming and judgment used to bother me, and sometimes I’d get upset and clap back. But these days, at least, I do my best to ignore the haters. I don’t always ask parenting questions publicly (especially around loved ones, since it’s easier to ignore lousy opinions from strangers than from friends), and I've learned to take people’s opinions with a hefty grain of salt. So with that in mind, here's how other moms cope with mom-shaming, because believe it or not: we're all in this together.