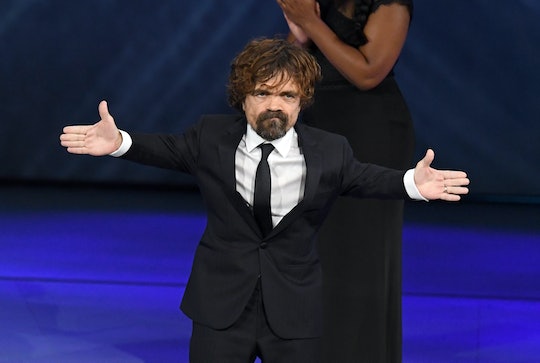 After what feels like a never-ending winter (it's actually only been about 18 months), Game of Thrones will be returning to HBO on April 14. I am stoked. In the final season of the beloved series, we'll finally discover who will claim the Iron Throne, who lives, who dies, and which of the many obscure prophesies will ultimately come to pass. What I love best about the show is the characters — each one is well-rounded and complicated. In fact, I think your favorite Game of Thrones character can tell you a lot about your parenting style.

Parenthood is actually a recurring theme in the series, which makes sense considering many of the main events hinge upon dynasties and parentage. There's a mother's desire to protect and advance her children's interests at all cost. (What mom among us didn't sob like an infant as Cat begged helplessly for Robb's life at the Red Wedding?) There are complicated relationships with father figures. (Ned and Jon. Ned and Theon. Joffrey and Robert. Tywin and all the Lannister children.) There are characters that don't know their parents. (Jon Snow: he knows nothing, including who his mother is.) And there's the whole "having three enormous dragon babies that you love dearly and also kind of use as weapons to conquer land and attain power" thing. You know, just your standard parenting stuff.

But what can your favorite character tell the world about your parenting style? Well, here's a start: