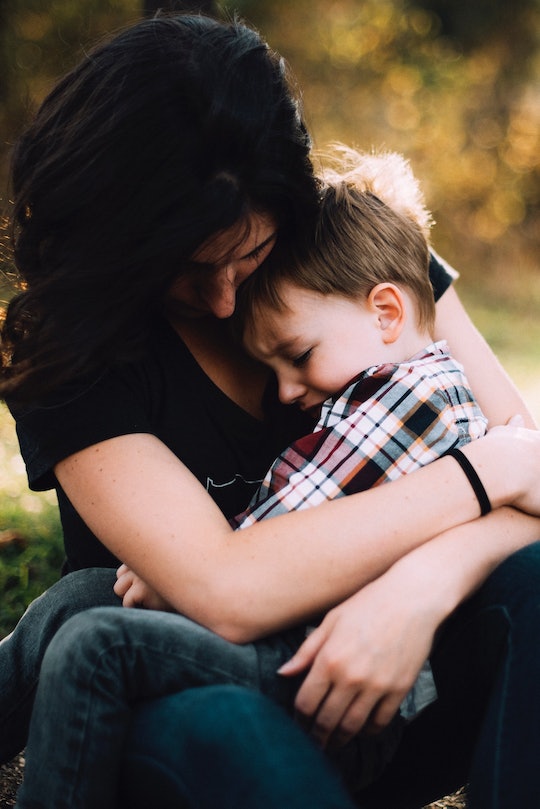 You Guys, Having A Son Taught Me To Deeply Respect Men

It's a woman's world, friends. Everywhere we look, men are underrepresented and treated as second class citizens. In government, in board rooms, and even in the media, they are written off as less capable and, indeed, less deserving than their female peers. For a long time, my female privilege kept me drinking the misandrist Kool Aid... but then my son was born. Having a son taught me how to respect men. In some ways I'm ashamed that it took me so long to understand the basic humanity of males... but in other ways, how can I blame myself for not empathizing with an underclass before one of them burst forth from my very feminine, womanly loins?

Some of my friends laugh at me for my newfound beliefs. "Quit being so sensitive!" they'll say. "Learn how to take a joke." Or, the pernicious, "I just don't see how men's rights are even a thing anymore. We let them vote. In a way, isn't it harder to be a woman these days?"

But I'm more evolved now. I know better. After all, I have a son.

The men in my life are in awe of my very enlightened attitudes. "You're such a champion of men's rights," they'll fawn. Other women might blush in feigned embarrassment and use that position of trust and power to take advantage of these poor dudes (and I totally could, just so you know, but I wouldn't). I just really care about men ever since I had a tiny one.

Some might call me heroic for my commitment to equality for the more feeble sex, but, really, my son is the true hero of this story. (Or, like, we're co-heroes. Because what I'm doing is important and more women need to speak up in defense of men.) He enabled me to see the world through new eyes, and in the following ways: