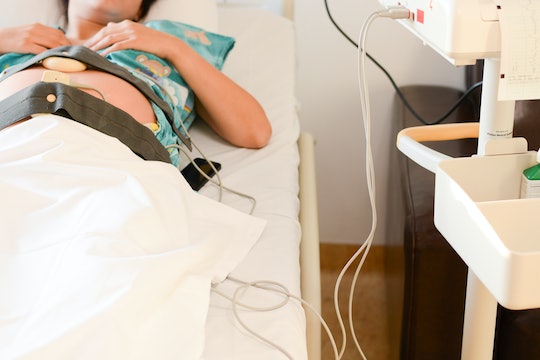 Things Every Mom Should Do Before Getting Induced

A scheduled induction can feel a little bit like a let-down after months of planning for all the uncertainties of labor. You've envisioned the fast-paced race to the hospital (like you've seen in the movies) and has contemplated a number of scenarios. Then, for necessary medical reasons, your doctor has decided you need an induction. Don't despair: now you're free to plan a couple of things before your big day. In fact, here are quite a few things every mom should do before getting induced because, now, some things (not many, but some) are actually within her control.

My first born was a week late and, because I had gestational diabetes, my doctor decided that I was a good candidate for a scheduled induction. Oddly enough, even though I love being able to plan my life and get pretty freaked out by emergency situations, I felt a little robbed of the cinematic birth experience I thought I was supposed to have. I guess a part of me had been craving the drama of a frantic car ride from our home to the hospital.

The day before I was supposed to be induced, however, my water broke. (well, it was more of a leak, really) and I ended up being induced a day earlier than planned. Still, I had made sure to get a whole lot done before my induction date, to give me peace of mind for when I would eventually come home from the hospital. After all, I knew that being induced could heighten my risk for a cesarean (and guess what, I ended up needing a c-section). I was glad I did things like clean the house, make sure my dog had someone to take care of him, and change the sheets, to make for a slightly easier transition home a week later.