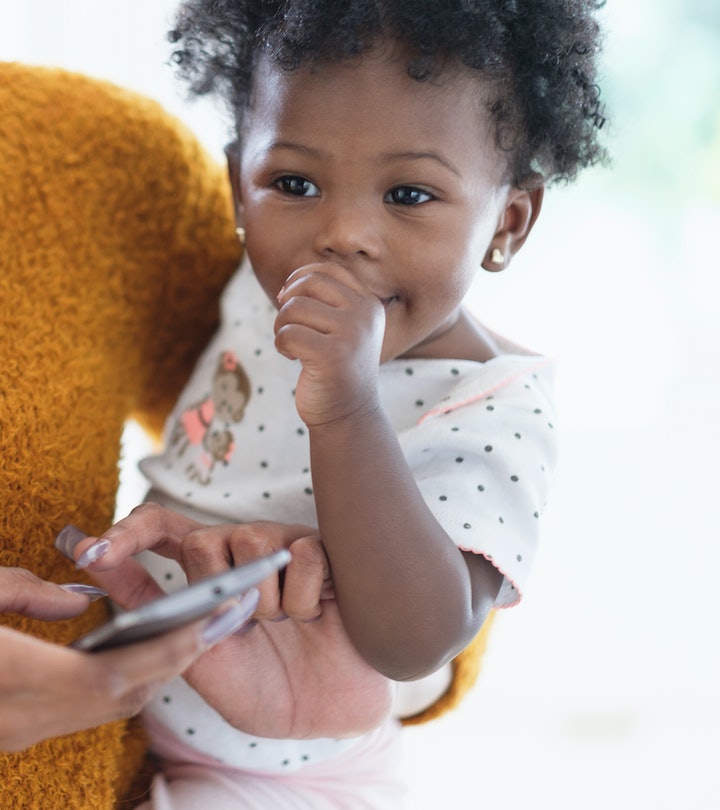 Here Are Parents' Top Trending Searches In 2022, Because Google Really Is Our BFF

The month of December means a lot of fun things: winter wonderlands, holidays, and loads of end-of-year round-ups and declarations. Just as we look forward to learning things like Pantone’s color of the year (2023 is going to be big for Viva Magenta 18-1750) and the Oxford Dictionary’s Word of the Year (“goblin mode”), we were excited to learn Google’s top trending searches of 2022.

There are 99,000 Google searches per second, according to data from Internet Live Stats, which makes for more than 8.5 billion searches per day. Topping the general list for the United States? Wordle! This was followed by “Election Results” (it’s been a wild political year... though we’ve been saying that for a while now), Betty White (RIP, Queen), Queen Elizabeth (RIP, actual Queen), and Bob Saget (RIP, TV dad).

But we were interested in more niche searches: specifically searches from and about parents. Because we’re going to go ahead and confidently guess that about 7 billion of those 8.5 billion searches are parents trying to figure out their babies or the general public finding out more about other people’s (celebrity) babies. Think about it: how many times a day do you consult Dr. Google when your kid has a weird rash or fever or makes bizarre noises you’ve never heard before? Or want to know more about which gorgeous celebrity popped out a kid?

So here are the Top 10 trending searches beginning with the phrase “Why does my baby...?”. (Be honest: how many of these have you frantically typed in the search bar this year?)

Why does my baby cry so much?

A classic, and we’re willing to bet that this search peaks between the hours of midnight and 5 a.m.

Why does my baby grunt so much?

A reasonable question, especially since no one explains to you beforehand that a lot of babies sound like tiny, hairless bulldogs.

Why does my baby spit so much?

Do they think they’re being cute? It’s not cute.

Why does my baby get hiccups?

OK, like, hiccups we get — everyone gets hiccups sometimes — but how is it this child gets hiccups every other hour?

Why does my baby gasp for air sometimes?

Why does my baby throw his head back?

If the answer isn’t “because babies live for the drama” then Google is lying to us.

Why does my baby wake up crying?

Baby: have you tried giggling yourself awake? We really think everyone’s day will go better if you’d just give it a try. But seriously, though, babies are just being honest. If I were truly honest with myself and recognized the emotional horror of prying myself out of bed every morning at 6 a.m. I’d wake up crying, too.

Why does my baby grunt while eating?

Why does my baby keep throwing up?

How much do you want to bet the most frequently accompanied follow up Google search for this one is “laundry detergent”?

Why does my baby sound congested?

It’s always sad when a baby isn’t feeling well, but it’s somewhat comforting to know it’s not just our kids going through various cold symptoms so much this year.

Celebrities are, of course, another common source of curiosity (though certainly more frivolous than wondering why your child appears to be gasping for air). When celebrities have babies? It’s the perfect storm of gawking curiosity. Here are the top celebrity baby search trends for the year...

Not only was she involved in a long and widely publicized defamation suit with ex-husband Johnny Depp, but a lot of people didn’t seem to realize that she had a baby in 2021 as she kept her pregnancy a secret.

We were all on high alert during this baby watch! Not only did mama look amazing and glamorous throughout her pregnancy, she’s Rihanna!

The popular YouTuber gave birth to a daughter in September of this year, giving her an unusual (but also kind of amazing?) name: Malibu Barbie.

It’s always a festive occasion when a Jonas Brother procreates, and it’s especially exciting when it’s with the one and only Priyanka Chopra. Baby Malti was born in January of this year.

Jenner’s second child with partner Travis Scott, aka The Baby Formerly Known As Wolf. We still don’t know the little guy’s name, but that’s OK — his parents will tell us when they’re ready.

Kardashian confirmed the birth of her second child, a little boy, with ex Tristan Thompson back in August.

The musician’s family life is shrouded in mystery — neither the name of his fiancée, nor his daughter, who was born this past summer, are known to the public.

Ronaldo, a Portuguese football (read: soccer) star, boasts the second largest Instagram following on the platform, second only to the site’s own account – more than half a billion followers. He and his partner, model Georgina Rodríguez, welcomed twin babies this year. Sadly, their son died. The couple announced their devastation on social media, and said they were able to find comfort in their surviving baby girl.

The America’s Test Kitchen host welcomed baby Monaco with her husband, rapper Jeezy, back in January 2022. She introduced the adorable baby girl on her YouTube channel Hello Hunnay in May.

See also Khloé Kardashian baby... but also another child he had with model Maralee Nichols in December 2021. (There was drama, and a paternity suit — Thompson conceived his third child, a son, with Nichols during a period he had been reunited with Kardashian. Escándalo! No wonder so many people Googled it...)

So there you have it: our various, collective obsessions over the past year. Here’s to even more chaotic searches in 2023. We know our babies (and celebrities) are up to the challenge.